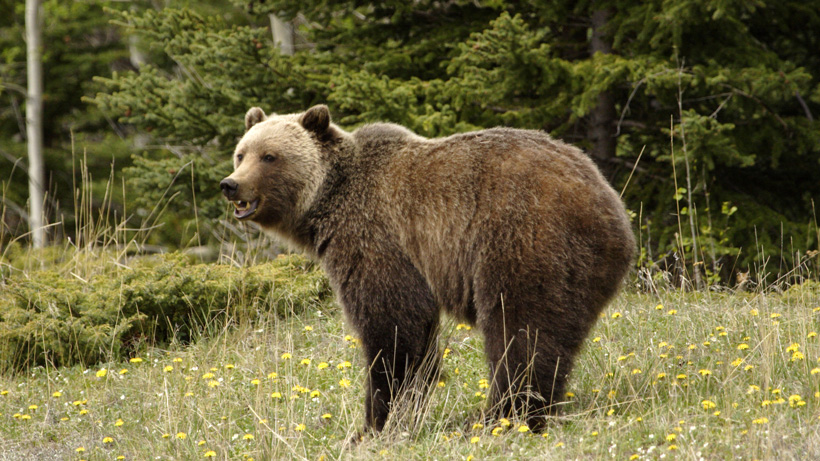 As the U.S Fish and Wildlife Service (FWS) continues to push for the delisting of grizzly bears within the Northern Continental Divide Ecosystem (NCDE), the agency is one step closer after complying with the inclusion of habitat criteria in their plan. FWS was previously shot down from removing federal protections from grizzly bears because of their original plan – the 1993 Grizzly Bear Recovery Plan – neglected to include this habitat information despite including “distinct recovery zones…unique recovery criteria for six different grizzly bear populations…guidance on methods to minimize threat to grizzly bears, and demographic criteria to measure if recovery has been achieved,” the Great Falls Tribune reports.

Now, with the habitat criteria carefully outlined, FWS is asking the public to comment on the draft Supplement to the Grizzly Bear Recovery Plan: Habitat-Based Recovery Criteria for the Northern Continental Divide Ecosystem. The NCDE includes Glacier National Park, the Rocky Mountain Front west of Great Falls, Montana and sections of northwestern and north-central Montana, according to the Great Falls Tribune. Over 1,000 grizzlies currently live within this ecosystem and are listed as threatened.

Public comments will be collected until Jan. 26. Comments can be made here.

Hilary Cooley, FWS grizzly bear recovery coordinator, says that “none of the habitat criteria contained in the supplement will be a surprise to anybody.”

“The forests have been operating under these conditions and have inserted some of these draft criteria into their management,” Cooley told the Great Falls Tribune.

While the draft plan is one more step toward grizzly bear recovery, FWS still has to complete a conservation strategy and re-propose delisting the bears, which Cooley says may happen near the end of 2018.

FWS will hold a workshop for public comments and discussion on Jan. 3 in Missoula, Montana. For more information on the current plan, click here.