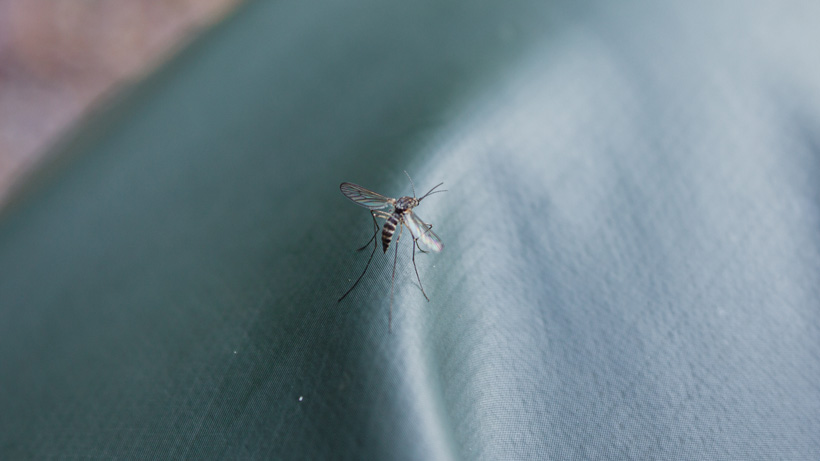 A French animal rights activist claims people should let mosquitos live despite the many diseases—West Nile, yellow fever, Zika—the parasitic insects spread. Television presenter Aymeric Caron, who considers himself an anti-specist went on the record last week, suggesting that instead of killing mosquitos, they should “allow them to take ‘blood donations’ as they are nourishing for their children,” Dunya News reports.

“One can consider that a blood donation from time to time to an insect who is only trying to nourish her children is not a drama,” Caron said in a video, adding that “a female mosquito really has no choice but to risk her life for her babies.”

As an anti-specist, Caron is against any form of “discrimination against any species, usually animals,” according to the Dunya News. However, as Safari Club International points out, mosquito-based diseases are some of the nastiest ones you can get—and they aren’t diseases only found in Africa. According to the World Health Organization, “Mosquitoes are one of the deadliest animals in the world. Their ability to carry and spread disease to humans causes millions of deaths every year.” WHO points out the rise in malaria, dengue, Zika and yellow fever and adds, “Sustained mosquito control efforts are important to prevent outbreaks from these diseases.”

Caron’s suggestion isn’t doing British animal protection workers any favors, either. In fact, according to the Dunya News, workers say Caron’s comments were “an unhelpful distraction.” And, Toni Vernelli, the UK head of animal welfare group Animal Equality, says mosquitos shouldn’t be considered “equal” in terms of other species.

“For most people, this is a step too far and a distraction. It’s unhelpful in trying to educate people about the suffering of animals in factory farms, and is unrelated to animal welfare campaigns,” said Vernelli.