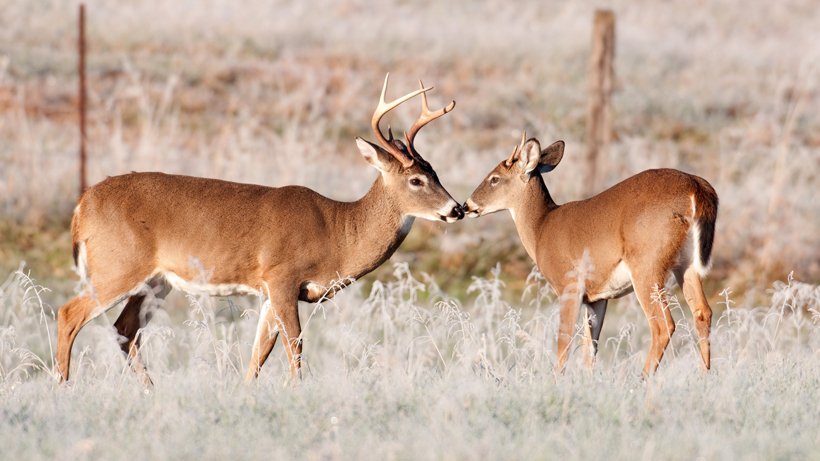 Four North Dakota men have been convicted of poaching about 10 whitetail deer though investigators believe there were likely more deer illegally killed. The investigation, which began in 2019 in Barnes County, stretched for months, leading to the conviction of Jakob Ashline, Payne Drake, Calvin Bjornson and Ryan Rudolph, KX News reports.

“We charged them with only the ones that we could prove, which was right around 10 bucks,” said Greg Hastings, North Dakota Game and Fish Department warden in Jamestown and lead investigator in the case. “We suspected there were more deer taken, but we honestly don’t know.”

In October 2019, a buck found was found dead and left with only its antlers removed. According to KX News, within a week, a similar buck was found “in nearly the same location” without any meat removed – only its antlers. As more dead deer turned up within the Sheyenne River Valley from Lake Ashtabula to Kathryn, the carcasses had similarities that linked them to the same individuals: all with antlers removed; all meat left as waste.

Ashline was convicted of 15 Class A misdemeanors and nine Class B misdemeanors. He must pay $7,900 in fines, fees and restitution, spend 53 days in jail and lost his hunting/fishing/trapping privileges for 10 years.

Drake was convicted of one Class A misdemeanor and eight Class B misdemeanors. He was ordered to pay $850 in fines and fees and lost his hunting/fishing/trapping privileges for two years.

Bjornson was convicted of two Class A misdemeanors and one Class B misdemeanor. He was ordered to pay $4,750 in fines and fees.

Rudolph was convicted of four Class A misdemeanors and two Class B misdemeanors. He must pay $2,635 in fines, fees and restitution and lost his hunting/fishing/trapping privileges for two years.

Additionally, the men had to forfeit rifles and a spotlight during the investigation.