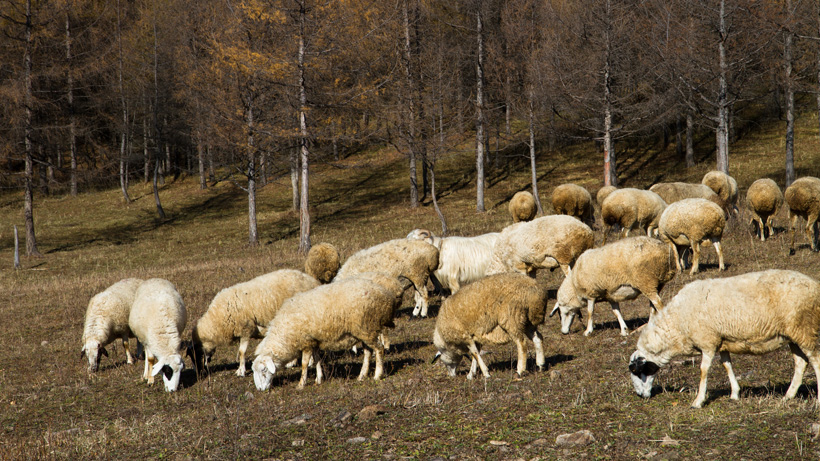 Several environmental groups have united against the U.S. Forest Service’s (USFS) decision to allow domestic sheep to graze in the Caribou-Targhee National Forest. This week, a lawsuit was filed against the USFS, alleging that permitting domestic sheep to graze specifically on the Snakey Canyon and Kelly Canyon allotments west of Dubois, Idaho would be detrimental and “expose a small population of Rocky Mountain bighorn sheep to diseases” carried by their domestic counterpart, the Capital Press reports.

The University of Idaho uses this specific land for its U.S. Sheep Experiment Station, which is a “century-old research facility” that works to “improve the sustainability of rangeland ecosystems,” according to the Capital Press.  The sheep station is currently allowed to graze 1,200 dry ewes on the Snakey allotment Nov. 6 to Jan. 2 and 1,000 dry ewes on the Kelly allotment Nov. 20 to Jan. 3.

Along with the lawsuit, which was filed by Advocates of the West in the U.S. District Court in Idaho on behalf of Western Watersheds Project (WWP) and WildEarth Guardians, the groups want the court to approve a temporary restraining order that would prevent grazing until the USFS finishes assessing the environmental repercussions of grazing in the Snakey and Kelly areas. The referenced environmental assessment was started in 2015, but the USFS has not completed it yet. The groups allege that by allowing the grazing to continue without a completed assessment, the USFS is violating the National Environmental Protection Act (NEPA).

Scott Lake, WWP Idaho director, told the Capital Press that the USFS is “required by NEPA to ‘look before they leap’” because of possible disease transmission between domestic and wild sheep. The Rocky Mountain bighorn herd has been slowly dwindling over the last year, dropping from 36 in 2016 to only 13 at last count.

Lake says, “Given the size of this herd, it won’t take much to reduce the population to the level extinction is imminent.”

Domestic sheep are known carriers of bacterial pneumonia, a disease that is fatal in wild bighorn herds and has led to massive die-offs across the West. As goHUNT has previously reported, Idaho biologists have had to recently lethally remove infected bighorn sheep to keep wild herds safe after they’ve come into contact with domestic sheep. Yet, those who use the land for grazing say that removing the domestic sheep isn’t the solution.

“Just keeping them (domestic sheep) away is not going to solve the problem. We need to know what the triggers are … why some die and some don’t,” Cindy Siddoway, who with her husband runs a sixth-generation sheep operation of 10,000 breeding stock in the area, told the Capital Press.

While sheep producers like Siddoway say they expect lawsuits from time to time, the real focus of this one is the sheep station, which is a “living laboratory” with “80 years of research into multi-species grazing, wildlife interaction, sage grouse recovery and wildlife restoration,” Siddoway says, adding that “it’s exactly the kind of research needed to resolve wildlife conflict.”

Will the court decide to approve the restraining order, removing domestic sheep from these grazing areas? Stay tuned to goHUNT for further information.