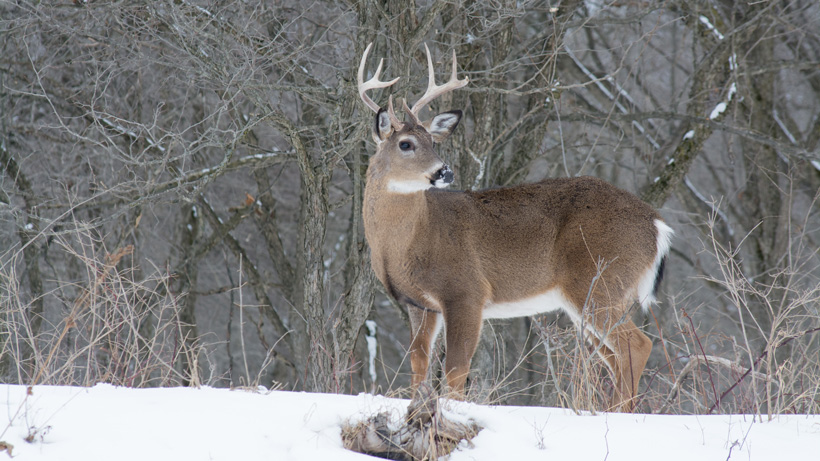 Last year, the Michigan Department of Natural Resources (MDNR) collected thousands of whitetail deer heads during hunting season to test for disease. This week, it was discovered that five workers at Michigan’s Wildlife Disease Laboratory have been diagnosed with tuberculosis (TB) – likely due to “human error” – after testing the deer heads for chronic wasting disease and bovine TB, Bridge Magazine reports.

MDNR confirmed the five cases of TB this week, making it the first time an outbreak like this has occurred at the 10-person lab, which is based at Michigan State University. Three workers were diagnosed in June and two later that summer.

“It was discovered through routing testing we do with people who work in the wildlife disease lab,” said spokesman Ed Golder.

Those who tested positive for TB have been diagnosed with “a latent form of tuberculous,” according to the Detroit Free Press. This type of TB does not have any symptoms (including making people feel sick) and is “not contagious.” However, because TB can be fatal, it requires immediate treatment.

According to Golder, while it’s assumed that the workers were infected through handling infected deer, “no mistakes with the proper use of personal protection” were found. However, as a result of the diagnoses, the lab is now “making respirators mandatory during all necropsies.”

“In 2019 – after we became aware of the [TB] infections – we scaled back the number of deer tested, in addition to reducing the hours employees were working during any given day at the lab,” Golder told Bridge Magazine in an email last week.

“It’s conceivable the increased volume in 2018 led to human error or some other problem [that led to human infections]. We’re not certain,” Golder wrote. “Reviews by external agencies … weren’t able to draw any definitive conclusions about the cause of the infections.”

MDNR released the information to Gov. Gretchen Whitmer and its 200 employees, but “didn’t publicly announce the TB cases” until last year, according to the Detroit Free Press, since there “wasn’t a broader public health concern.”