Five men arrested for poaching over 40 deer in Wisconsin 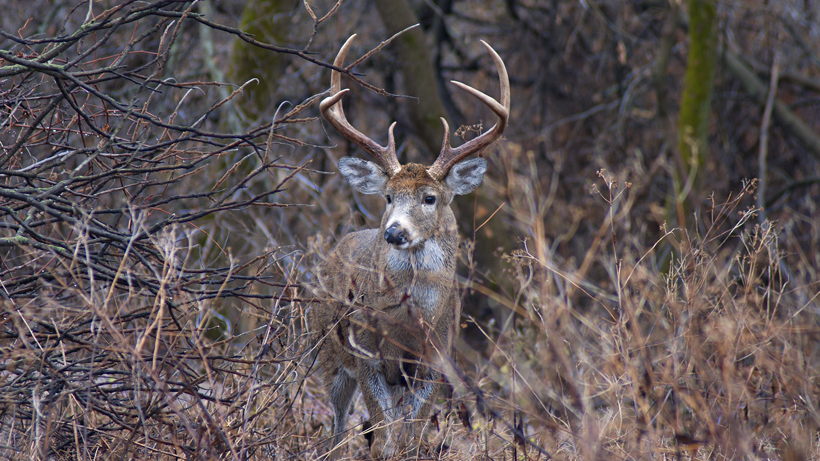 Five men have been arrested in connection with a massive poaching investigation in Vernon County, Wisconsin. After a tip in the fall of 2018, Game Warden Shawna Stringham of the Wisconsin Department of Natural Resources embarked on a months-long investigation that discovered nearly 40 illegally killed deer, including nine bucks, the Milwaukee Journal Sentinel reports.

"A non-hunter called me. He said, ‘I think this deer got poached,’” said Stringham. However, when she went to investigate the tip—a deer in an alfalfa field she figured had been the victim of a vehicle collision—she discovered a whole lot more. "So, I go there and, holy smokes, it was shot. That’s what started this — a little doe."

The deer had been killed with an arrow. In fact, during the arrests, game wardens confiscated a crossbow.

According to the Milwaukee Journal Sentinel:

While the men were linked to poaching multiple deer, the actual number is a guess because, according to Stringham, those were the 40 game wardens knew about, adding, “They killed more deer than what they were charged for. I know there were two big bucks that they shot that were never recovered.”

And all of the deer were killed for fun, not to feed their families.

“This was not for the meat. This was to kill, no doubt,” Stringham said. “They were out to just kill something.”

During the investigation, wardens worked together and, at one point, set up decoys in a sting, which worked really well. The men shined lights right at the decoys, which is legal in Wisconsin except after 10 p.m. between Sept. 15 and Dec. 31. Further, if you do shine wildlife, you can’t do so legally with a weapon inside your vehicle.

“They shined us with the light and they took off at 70 mph,” said Stringham. And, when the wardens chased the vehicle and stopped it “they had a loaded crossbow.”

Stringham told the Milwaukee Journal Sentinel that “It was a team effort by our great community.”

“The people we serve are law-abiding people who respect these deer,” Stringham added. “I don’t want these guys to reflect on the people of Vernon County or deer hunters in general.”