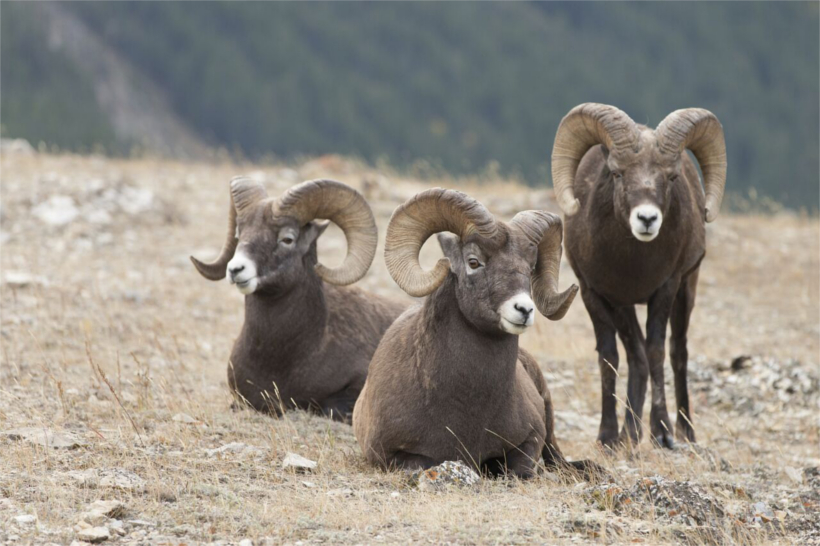 Five Canadian men received little more than a slap on the wrist after being found guilty of poaching four trophy bighorn rams within the boundaries of a reclaimed mine site that had been off limits to hunting for the past 30 years. Canadian officials ordered the men to pay a total of $24,500 in fines and the men had their hunting privileges revoked for only a year after illegally killing these bighorns and leaving the carcasses to rot.

Fish and wildlife authorities were tipped off that something was awry when a call reported suspicious activity within the reclaimed mine site back in August 2013. When an officer arrived to check it out, he found a vehicle with the five men inside. Like any guilty party, the men initially denied that they were behind the bighorn killing within the mine site, but DNA samples proved that was incorrect. This lead to the arrest and subsequent trial of Timothy Yach, Anthony Yach, Tyler Yach, Matthew Lecerf and Seth Gould, who were found guilty of poaching the rams.

The fines that the men are required to pay will be funneled back into the Alberta Fish and Wildlife enforcement branch forensic and DNA research program as well as the provincial aerial ungulate survey program, according to CTV News. Regardless, the punishment for the size of this incident seems minimal and may not send the right message to future poachers.