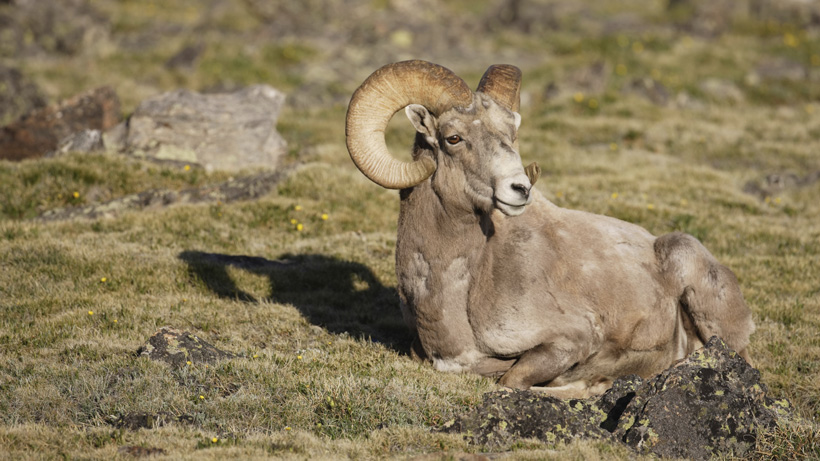 A record number of hunters have applied for a chance at one of the five bighorn sheep tags in North Dakota this year. The North Dakota Game and Fish Department (NDGFD) reported that 19,429 hunters applied this year, up from last year’s record of 19, 127. What does that mean? Basically, there’s one license for every 4,900 hunters who applied, according to The Bismarck Tribune.

“I would speculate it’s due to an increasing (bighorn) population in North Dakota and a corresponding high interest in hunting,” said Brett Wiedmann, NDGFD big game management biologist.

NDGFD determines the number of available licenses based upon the summer population survey. The 2021 survey tallied 335 bighorn sheep in western North Dakota, which is a 4% increase from 2020 and 15% above the five-year average, according to The Bismarck Tribune. This is great news as it means the herd has recovered from a 2015 pneumonia outbreak that left three dozen dead and canceled the 2015 season. However, it can take “up to 15 years for the disease to work its way out of a herd” and Wiedmann said that “[b]iologists this summer encountered a few coughing lambs.”

“We still definitely have the pathogens in our population, but at this time I wouldn't say we had any clinical signs,” said Wiedmann.

The state goal is 600 bighorn sheep. Last spring, about 450 bighorn sheep were tallied between populations managed by NDGFD, the National Park Service and the Three Affiliated Tribes Fish and Wildlife Division, according to The Bismarck Tribune.

While there are technically five tags available, in reality, there are only four once-in-a-lifetime licenses for the upcoming draw. The fifth license is auctioned off annually by the Midwest Chapter of the Wild Sheep Foundation to raise funds for bighorn sheep management. Three of the four bighorn licenses are for hunting units north of I-94, B3, B4 and B5, while the fourth license is for B1, which is south of the highway.