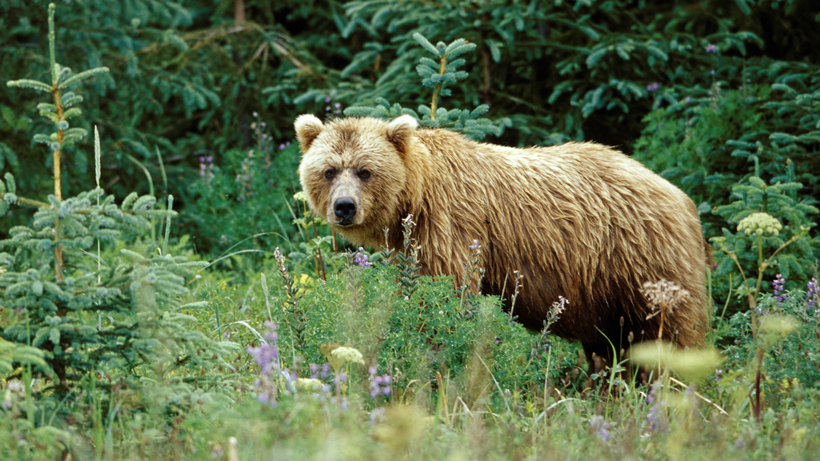 Hibernation is over and the grizzly bears are awake, which means spring is officially here. Last weekend, a pilot spotted the first grizzly in Yellowstone National Park, “interacting with wolves at a carcass around the northern end of the park,” the Associated Press reports.

This sighting, which is the first of 2021, is a bit later than last year’s. In 2019, biologists spotted the first grizzly on March 7 near Grand Prismatic Spring. However, while this marks the first physical sighting, park officials say that fresh bear tracks have been seen over the past two weeks.

It’s also a reminder that park visitors should be bear aware and carry bear spray, make plenty of noise on the trail and stick together. Hungry bears can be aggressive. Male bears tend to emerge first, followed by sows and cubs in April and May, according to the Associated Press.

“When bears first emerge from hibernation, they look for carcasses at lower elevations and spring vegetation in thermal meadows and south-facing slopes or nourishment,” said biologist Kerry Gunther.

Some areas in the park are currently restricted, which include Mary Mountain Trail, Richard’s Pond, Gneiss Creek and Lake Spawn. Other areas are closed: Firehole, Blacktail, Antelope and Two Ocean areas.