First elk season on the way for Missouri 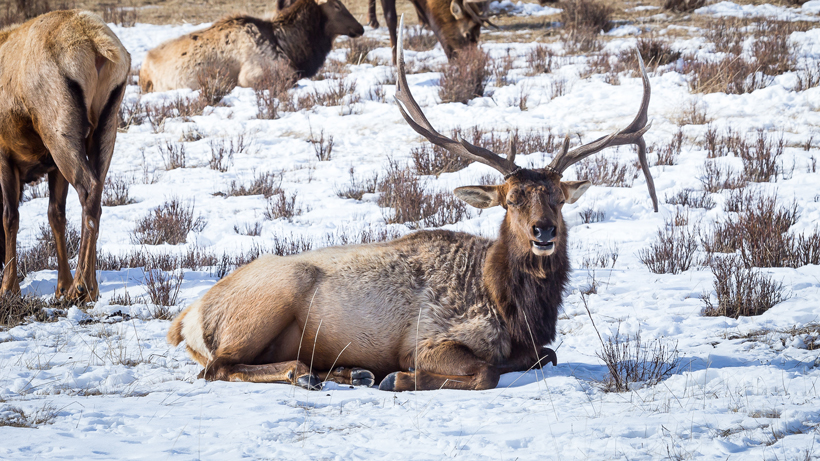 Missouri is gearing up for its first elk hunt in over a century! The Missouri Conservation Commission recently approved some of the rules for the state’s first elk hunting season, paving the way for an opening day in either fall of 2020 or fall of 2021, News-Press NOW reports.

This is a result of a successful reintroduction effort conducted by the Missouri Department of Conservation (MDC). Between 2011 and 2013, officials relocated Kentucky elk to Missouri, releasing the animals into Reynolds, Shannon and Carter counties. Once native to the state, elk were “hunted to extinction” in the late 1800s; however, according to MDC elk biologist Aaron Hildreth, elk herd growth is positive and “Missouri’s elk herd is on track to be large enough to sustain the first elk hunt in more than a century by 2020.”

According to News-Press NOW, the plan is to maintain a general population of 400 to 500 elk and not expand elk to other parts of the state. Before a limited season will approved—with fewer than 10 expected tags available—there must first be a minimum of 200 elk. Right now, there’s about 175 in the herd; however, with an annual herd growth rate of about 10% and a current 4:1 ratio between cow elk and bull elk, that should be doable.

“Elk are balancing the ecosystem in the southern part of the state,” according to Hildreth. “[T]here have been reports of mountain lions hunting the elk in Missouri” though there’s no “reports of elk being hunted by black bears.”

The current elk restoration zone includes Peck Ranch and Current River conservation areas. Both areas will continue to allow driving tours, especially during the fall when elk bugle, to help boost local economies. The limited hunting season would take place in specific areas within Reynolds, Shannon and Carter counties and exclude the refuge portion of Peck Ranch Conservation Area to keep elk viewing open to the public, according to News-Press NOW.

General elk permits will only be available to Missouri residents who are 11 years or older and with a valid hunter education certificate (or born before Jan. 1, 1967). Group applications will be prohibited and permits will be limited to one application per person per year. It will cost $10 to apply and $50 should you win a permit through a random lottery. If you do win a permit, you’ll have to wait 10 years before applying again.

The landowner elk permit will be available to one of the 350 landowner properties within the elk restoration zone. In order to qualify, you must own 20 or more acres and that acreage must be “within a specified boundary,” according to News-Press NOW. While there’s no application fee for landowners, if awarded, that landowner will have to pay the $50 permit fee.

“There will be no sit-out period to reapply for the landowner permit,” said Hildreth. “But if they are drawn for a general permit, they will have a 10-year sit-out permit just like everyone else. These landowners can apply for both permits but they can only get one each year.”