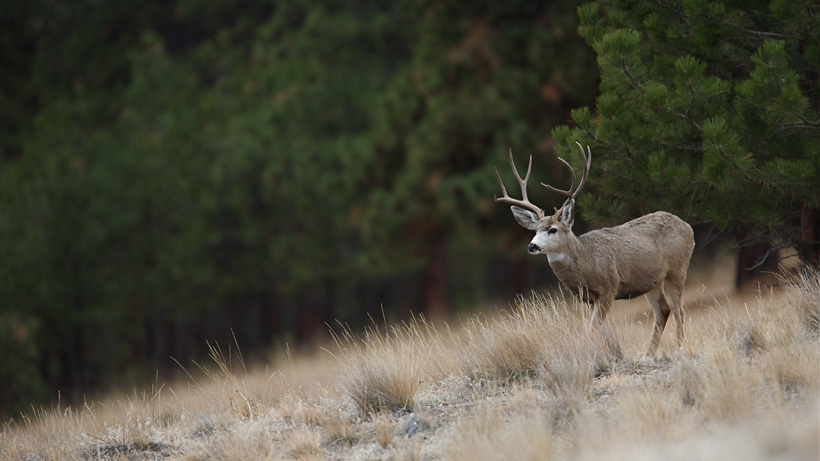 Chronic wasting disease (CWD) continues to spread across the West with the latest confirmed case a first in Yellowstone County, Montana. Montana Fish, Wildlife & Parks (Montana FWP) recently received the lab test results for a two-year-old deer that was killed last month northeast of Huntley—the deer tested positive for CWD. As a result, Montana FWP plans to establish a new CWD management zone that will include all of Yellowstone County as well as the portion of Big Horn County north of Interstate 90 and west of the Bighorn River, The Independent Record reports.

This new Yellowstone County CWD management zone is in addition to already published CWD management zones in the state regulations. Hunters who harvest a deer, elk or moose within this new zone are prohibited from transporting the heads or spines of the animals out of the zones.  Hunters will be required to follow carcass transport restrictions listed in the hunting regulations for other Montana management zones. These restrictions will hopefully restrict the spread of CWD to other parts of the state – or beyond state borders, according to The Independent Record.

CWD is always fatal and impacts the nervous system of mule deer, whitetail deer, elk and moose. The disease was first detected in Montana in 2017 in Carbon County and, since then, cases of CWD have been found along the state’s northern border with Libby, Montana being a “hot spot” for the disease, according to The Independent Record. As goHUNT previously reported, the state already has a special hunt planned in Region 4 this fall to collect samples to determine how widespread the disease is within this specific area. Licenses went on sale for that hunt Sept. 23.

Should you harvest an animal in one of these CWD management zones, you are allowed to take the head to a taxidermist within that zone. Also, if you would like to know if your animal is, indeed, infected with CWD, Montana FWP is offering free testing this year. Hunters must remove the retropharyngeal lymph nodes and fill out a Hunter Harvest Submission Form, which is found on Montana FWP’s website. It will take about three weeks before test results are posted online here.