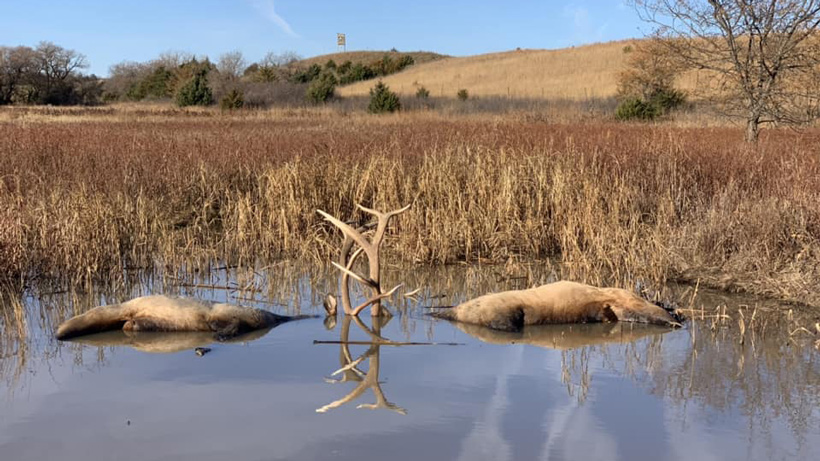 It was a discovery for the books. Last week, a Nebraska cattle rancher found two bull elk locked together and dead in a pond on his brother’s property in Garfield County, where Brian Petska runs cattle. The bulls, which were roughly scored at 360 and 335 after they were pulled from the water, likely drowned while fighting over a cow, the World-Herald reports.

“They were not emaciated at all,’’ Brian’s daughter, Kendra Brinkman told the World-Herald. “They were big and healthy.’’

Elk are a rare sight in this part of Nebraska. Brinkman says that only about “six to 12 of the animals have been seen in the area.”

While the capes were salvaged and taken to a local taxidermist, the meat spoiled due to the heat because the animals weren’t found in time to be saved.

“The coyotes and scavengers will have a buffet,’’ says Brinkman.

Brinkman posted the story on Facebook, which included a video. In the video, Brinkman says, “We had a bit of a tragedy. We’ve known that these elk have been here, but dad was up here a day or so ago to check cattle and happened to see their antlers sticking up.” 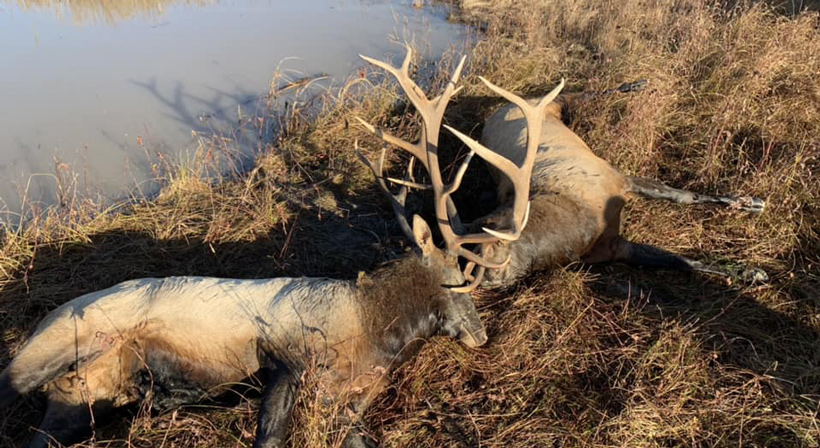