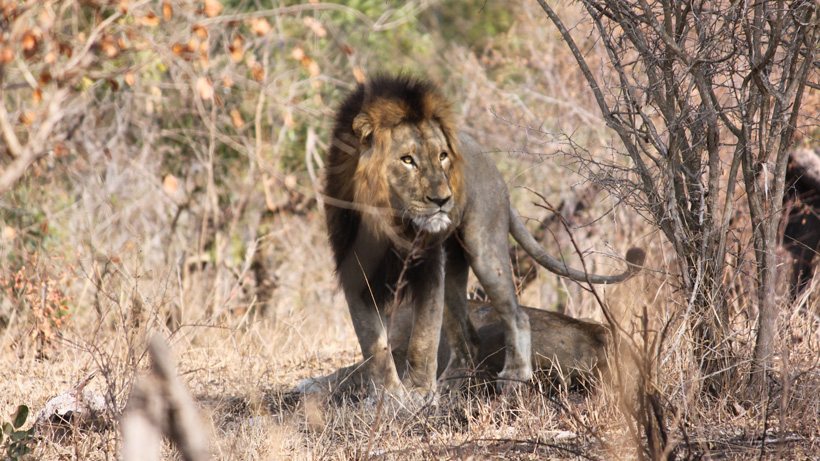 Earlier this month, after the rollout of the MyOutdoorTV app in the United Kingdom, UK opponents voiced their dissent for big game hunting programming, resulting in the order to remove all “content related to those animals in light of public interest,” The Independent reports. The channel is owned by the Outdoor Sportsman Group, which is an asset of Kroenke Sports and Entertainment. Stan Kroenke, an American billionaire who is the majority owner of the UK-based Arsenal Football Club, is the man behind the decision. Kroenke also owns the Denver Nuggets, Colorado Avalanche and Colorado Rapids. MyOutdoorTV is an subscription based app that provides streaming hunting, shooting sports, fishing, boating and hiking TV shows.

Celebrities like Rickie Gervais and Labour Party leader Jeremy Corbyn were vocal with their objection to the footage shown. Dubbed the first “Netflix” for fishing and hunting, the app features hunting footage of big game animals and certain shows show elephants and lions being stalked and hunted. While the content can only be viewed by paid subscription, once the app was released in the UK, Kroenke experienced “fierce backlash…particularly from Arsenal supporters,” according to The Independent. Because of this, the questionable content has been removed; however, other shows that portray hunting, fishing and cooking in fair chase, ethical ways will continue.

Outdoor Sportsman Group President and CEO Jim Liberatore said in a statement, “While many on both sides of this issue have made their voices heard, and this content is only available through paid subscriptions, Stan Kroenke has directed us to remove all content related to those animals in light of the public interest…He has a decades-long track record of environmental stewardship, working with conservationists, hydrologists, microbiologists, and others to responsibly manage habitat and enhance wildlife preservation. We also take conservation seriously, and dedicate programming to this issue and to anti-poaching efforts specifically.”

The rest of the statement, according to CBS Denver, says that the Outdoor Sportsman Group “has no association with Kroenke-owned sports teams and the content decisions by the group are made independently.”