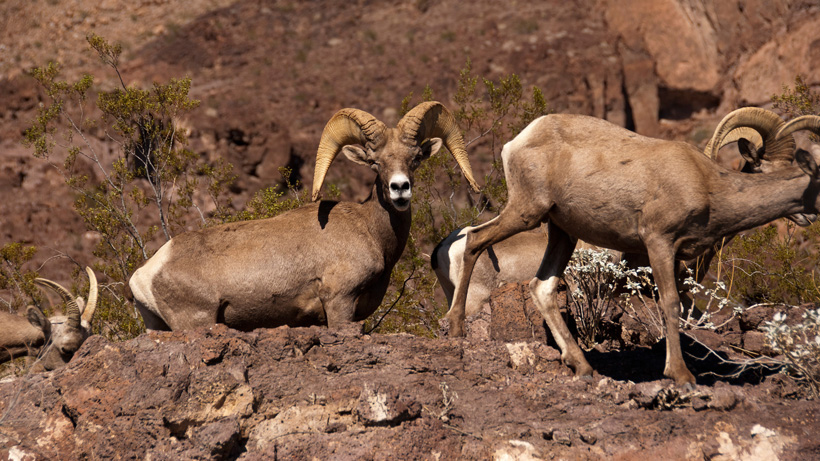 Nevada’s bighorn sheep are a bit safer after the Nevada Department of Wildlife (NDOW) killed multiple members of a feral dog pack that was preying on bighorn lambs. The decision to eliminate some of the 18-member pack, which roam the Virginia Range near the Truckee River, was difficult, but necessary. Why? Because their primary food source became young bighorn sheep, KTVN.com reports.

“These lambs are eight to ten pounds, no match for these dogs and when they’re not able to escape, they’re literally being torn apart and eaten alive,” said Ashley Sanchez, NDOW Public Information Officer. “This is all a result of irresponsible pet owners who have abandoned their unwanted dogs in this area.”

In 2011, NDOW relocated 53 bighorn sheep from Boulder City to the Virginia Range to boost the population. Now, there are about 130 bighorn sheep, according to KTVN.com.

“We’re trying to build and establish our bighorn sheep populations, which we’ve done a tremendous job over the past few years,” said Sanchez.

To protect the herd, NDOW determined that it was necessary to kill the feral dogs.

“It’s such a hard decision to make but we have this human cause that’s threatening this species, these newborn lambs, and it’s our job to step in and take action,” said Sanchez.

For residents in the Truckee River Canyon, feral dogs are pretty common.

NDOW was unable to recover all of the dog bodies due to the terrain as it “was too dangerous to retrieve them,” KTVN.com reports. This isn’t the first time the agency has had to kill dogs to protect wildlife and residents. A similar incident occurred in April in Storey County, where there is no animal control.