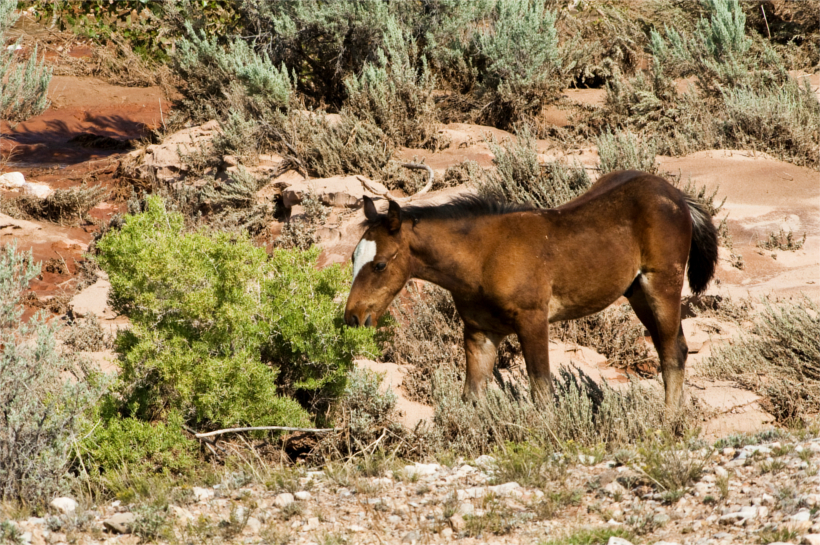 Wild horses may be a synonymous part with the western landscape, yet their skyrocketing populations are only creating more problems. This week, the U.S. Bureau of Land Management (BLM) admitted that the federal program in charge of managing the wild horses is facing a $1 billion budget shortfall. BLM Director Neil Korzne says that the program will need to partner with other organizations, states and counties in order to solve this unfortunate dilemma and halt this environmental – and economic – issue.

“We’re trying to make an effort to be real clear about the challenges because they are significant,” says Korzne. “Part of it is a recognition on our part that we can’t solve this alone. We need partners coming to the table, whether it’s states or counties or others.

According to the Associated Press, Korzne admitted that his agency hasn’t done a good job managing the animals or the costs associated with the program. The estimated $1 billion shortfall only takes into consideration the care of the 46,000 wild horses and burros already in U.S. holding facilities. It doesn’t involve the additional funds that would be needed in order to add more animals to the facilities or try to condense the now 67,000 horses that roam across 10 western states.

While BLM’s horse budget has doubled since 2009, increasing from $40 million to $50 million, with the horse population doubling itself every four years and fewer adoptions occurring of the ones government officials capture for the holding facilities, it’s a circular problem of too many animals and too little money.

“It’s a double bind,” says Korzne. “There’s a very real impact on the range when the herds are overpopulated, but it costs us $50,000 per horse if the horse lives out its whole life in holding. Every time BLM goes out and gathers 1,000 horses, we are talking about potentially a $50 million commitment on behalf of American taxpayers.”

Wild horse advocates have suggested that the agency is inflating the number of horses and cost of care in order to push horse slaughter forward on the agenda; yet, Korzne says that’s not the case. Horse slaughter is not even an option that they are considering.

As goHUNT has previously reported, the country is divided on what action is necessary to keep wild horse populations under control. It’s a slippery slope since many consider them to be pests and others consider them part of the natural landscape. Unfortunately, the current budgetary problem seems to have limited solutions. Stay tuned to goHUNT for further updates.