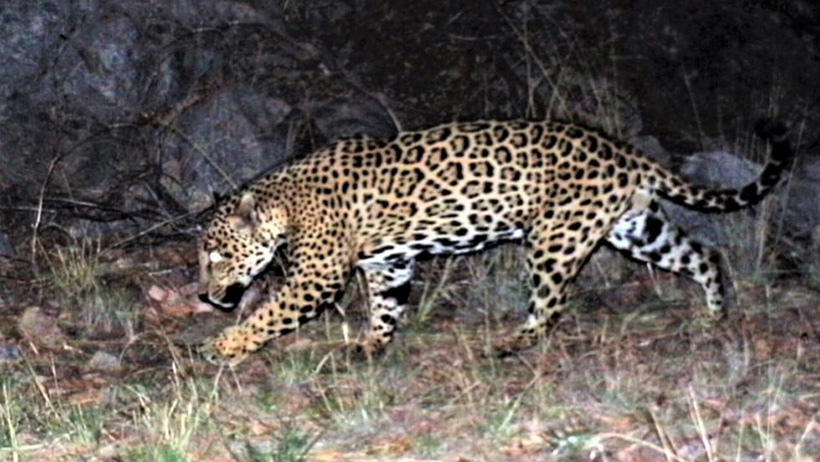 Should jaguars return to the Southwest? On Monday, the Center for Biological Diversity (CBD) petitioned the U.S. Fish and Wildlife Service to help bring the once-native big cats back to where they once roamed, the Associated Press reports.

To date, there is one known male jaguar named Sombra (which means shadow in Spanish) that has been documented multiple times in southern Arizona after its first known appearance via wildlife camera in the Dos Cabezas Mountains in 2016. It is the only one in the U.S.; however, several jaguars live just across the border in the Mexican state of Sonora.

The petition seeks to “expand critical habitat for jaguars in remote areas” and reintroduce an “experimental population” to New Mexico’s Gila National Forest along Arizona’s border. CBD wants the federal government’s help to get it done, according to the Associated Press.

Jaguars were once native to the U.S. Over-hunting for pelts and to protect livestock resulted in a population nearing extinction. Even in Mexico, the lack of genetic diversity among the remaining jaguars threatens their already dwindling numbers. In Argentina, they are being bred in captivity and released in an effort to return them to their historic range.

“This could be an amazing opportunity for us to restore a native species that was here for hundreds of thousands of years and deserves to come back,” said Michael J. Robinson, a CBD senior conservation advocate.

Also at issue is the use of the San Rafael Valley for shipping containers between the U.S.-Mexico border. This is one of the last known corridors for jaguars and ocelots between both countries, according to the Associated Press. CBD has plans to file a lawsuit to stop the use of the valley for this purpose to protect this important corridor.