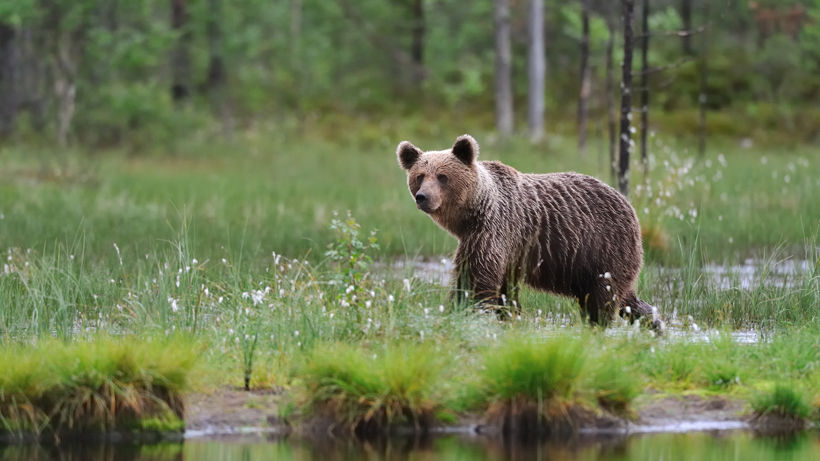 A recent lawsuit aimed at banning bear baiting in Idaho and Wyoming has received opposition by both the U.S. Forest Service and the U.S. Fish & Wildlife Service (FWS). Both agencies say that the states should make the decision as to whether or not to allow baiting to attract black bears, not federal agencies, the Billings Gazette reports.

The lawsuit was filed in June by the Western Watersheds Project, WildEarth Guardians and Wilderness Watch. According to the Billings Gazette, it alleges that “federal agencies are violating the Endangered Species Act and other environmental laws” with regard to allowing black bear hunters to use bait to lure bears because those hunters have “killed at least eight threatened grizzly bears since 1995 in national forests” within those two states. The groups say that the Forest Service is violating the National Environmental Policy Act by not completing a supplemental environmental review “to update an analysis from the 1990s” that allows bait for hunting black bears. Further, they allege that baiting creates additional problems because most bait used is human food and bears could then approach campsites or other places where humans are and expect to find food.

However, despite these arguments, the states say that restrictions are already in place for using bait when hunting black bears, especially “in areas inhabited by grizzlies” where the use of bait is prohibited. Therefore, Idaho, Wyoming and the hunting group Safari Club International agrees with the federal government in that bear baiting regulations should be managed by the states.

On Friday, the U.S. Department of Justice filed court documents that pointed out there was no claim that directly involved FWS and that the Forest Service doesn’t have to complete a supplemental environmental review because there’s no “significant reason under federal environmental law” for the agency to do so. Yet, the groups disagree and, according to the Billings Gazette, allege that bait is actually allowed in key grizzly bear areas: including the Greater Yellowstone Ecosystem, the Bitterroot Ecosystem in central Idaho, areas between the Northern Continental Divide Ecosystem in northwestern Montana and the Bitterroot Ecosystem in Idaho.