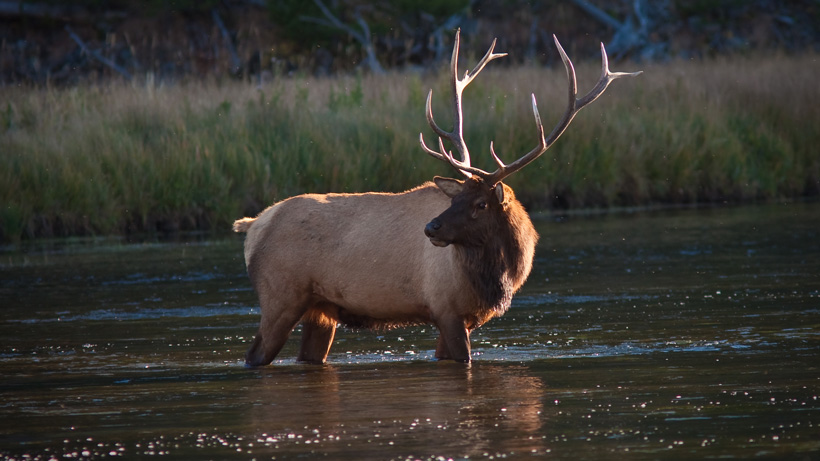 Do you prefer hunting elk with a bow or with a rifle? If you hunt them in Montana, you might have to choose as the state’s Elk Management Citizen Advisory Group recently recommended a new requirement: make hunters choose between archery and rifle seasons to help “reduce crowding and pressure on public lands,” according to the Independent Record.

The 12-member advisory committee was formed this year by Montana Fish, Wildlife & Parks (MTFWP) Director Hank Woresch after controversies with the current season setting process and discussion over how to handle elk herds that are over objective and difficult to hunt because of the lack of public access. The committee was tasked with “developing elk management recommendations with a focus on improving relationships between public hunters, landowners and the department,” according to the Independent Record.

The committee knew that this new requirement would be somewhat controversial because the current process allows hunters to purchase both a general elk license and an archery stamp, resulting in an almost 11-week long hunting season with both seasons combined. If the recommendation is approved, those who previously hunted archery and general season will now have to decide which one they prefer, losing out on additional opportunity.

Along with the weapon requirement, the committee also recommended changing seasons to help with “overcrowding and hunting pressure on public land bull elk,” according to the members. The proposed change would have the archery season run for five weeks, beginning on Sept. 1 with a two- to three-week break before the start of the general season in late October. However, during that break, a private land cow elk hunt could be held.

While many supported the recommendations, those who did not say it would only divide hunters and possibly add more pressure to deer if hunters choose to focus on deer when they can’t hunt elk. Others like committee member Scott Van Dyken say it would just decrease the number of bowhunters, not actually do a thing about crowding during rifle season.

Regardless, before anything can move beyond a recommendation, the committee wants MFWP to gather additional data and also poll hunters to see which weapon most would choose if they had to only choose one.

Also under scrutiny is the current shoulder seasons, which have been held over the last few years to help manage elk in over-objective districts. The committee says that these additional seasons have “mixed results” and recommended changes so that they can “be used more strategically,” according to the Independent Record. Specifically, the committee is recommending that shoulder seasons not begin until two weeks after general season, adding a shoulder season between archery and rifle season and only use shoulder seasons on private land.

“The intent is to reassess, not do away with (shoulder seasons),” said committee member Race King.

The elk working group will continue to meet twice per month as they work through additional recommendations. Stay tuned to GOHUNT for further updates.