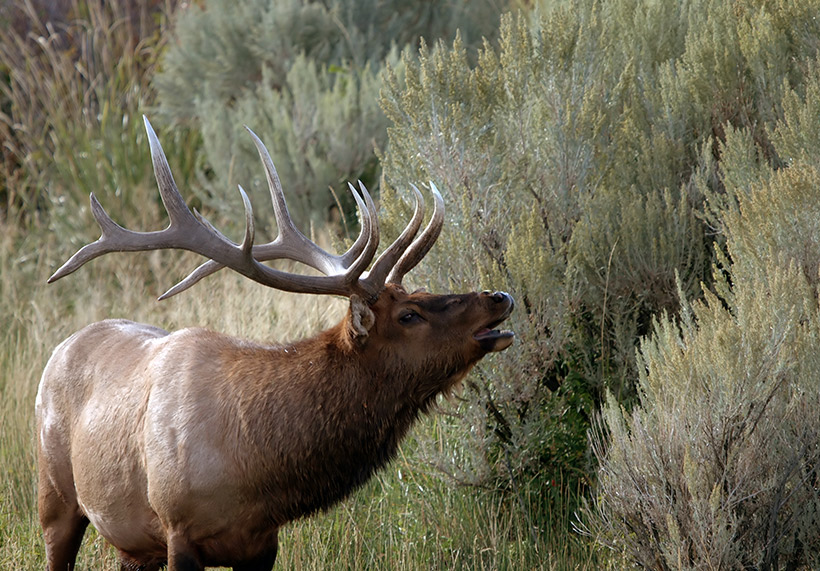 Nevada’s elk population has climbed above 17,000 in the past year, leading the state wildlife department to substantially increase the number of elk tags.

“Elk numbers are up, and we’re still trying to get those populations under control,” Joe Doucette, conservation educator for the Nevada Department of Wildlife (NDOW), told the Elko Daily Free Press. “In some of our units, the population is over the cap.”

To reduce herds to their objective levels, officials increased the number of tags issued. According to Doucette, elk tags are up from last year by about 50%.

There has been a particularly substantial increase in elk tags in areas 6 and 7. Hunters can rest assured though that this does not necessarily mean that there will be more competition. That’s because 1,800 cow tags were awarded for an elk management hunt to both bull elk and mule deer hunters in the same area.

“Bull tags overall are up a little bit, and cow tags are up in many areas,” Doucette continued.

Nonresident elk tags have also increased overall, rising by about 8 to 10% from last year. Nonresident tags account for less than 10% of total tags issued in the state.

Nevada has also added a number of new elk hunts this year in an effort to rebuild a solid bull-to-cow ratio. One such new opportunity is a spike hunt — that is, a hunt for elk bulls, mostly yearlings, whose antlers are single spikes without branches.

Officials believe this will help spread out the pressure.

“It pulls some of the bulls out of the herd, while keeping the bull-to-cow ratio at reasonable numbers,” he said.

Mule deer numbers and tags, on the other hand, have remained relatively the same. The population has decreased slightly from last year, by approximately 1,000. Compared to the 108,000 estimated mule deer in the state though, the drop is marginal.

“Nevada's mule deer populations have been relatively stable over the past two years,” big game biologist Mike Cox confirms. “If hunters wish to maximize antler growth, maintaining a healthy buck ratio will be even more important in the persistent drought conditions Nevada has been experiencing.”

Officials also advise hunters to be aware of big game behavioral changes, particularly in northern Elko County along the Idaho border. Wildfires and drought have altered winter forage areas and elk have been moving to different winter ranges.

Overall, however, mid-summer rains have helped support solid antler growth.
“We have seen some very nice deer and elk come in,” Doucette relayed.

Antelope hunts across the state have also been relatively successful as the population remains a healthy 27,500.

Hunters are also reminded that there has been an access change this year in the Tuscarora Mountains area. Sportsmen will not be able to use the historic McCann Creek access and must reroute from the west or north. The landowner has closed off the access because of individuals leaving gates open and littering.

The NDOW urges sportsmen to send their tag questionnaires back as soon as possible, instead of holding off until January 1.