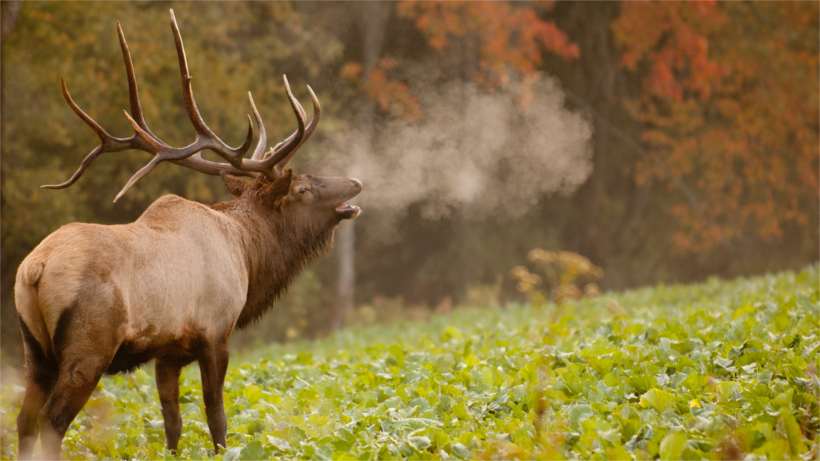 Yes, West Virginia, there is a Santa – and he’s brought an early Christmas present to the state. For the first time in 141 years, 24 elk will call 42,000 acres of West Virginia home. Thanks to a major reintroduction effort led by Gov. Earl Ray Tomblin and the West Virginia Division of Natural Resources (WVDNR), the new wilderness area, named after Gov. Tomblin, was revealed to the public this week while the elk adjusted to their new digs in a holding pen nearby.

“There’s thousands of acres here that’s been restored,” Tomblin told ABCNews.com. “To have the elk population here for people to come and enjoy, I think it’s putting the land to good use.”

While there had been hope that the elk would migrate naturally from Kentucky, eventually, West Virginia decided to trap and transfer elk from Kentucky’s Land Between the Lakes National Recreation Area in November. After a successful quarantine that proved the elk didn’t bring along any diseases, the animals were brought to Logan County on Thursday.

The West Virginia elk restoration plan was a team effort and included help from the Conservation Fund, which bought and donated more than 32,000 acres for $20 million; the WVDNR, which acquired an additional 10,000 acres; and the Rocky Mountain Elk Foundation, which contributed $50,000 for the project, according to ABCNews.com.

The state hopes the elk will boost tourism, which will help its economy since so many coal mining jobs have disappeared over the past few years. WVDNR will closely manage and monitor the elk to ensure herd health and sustainability.

“It’s like Christmas a week early for those of us who enjoy the outdoors,” says WVDNR Elk Project Coordinator Randy Kelley.