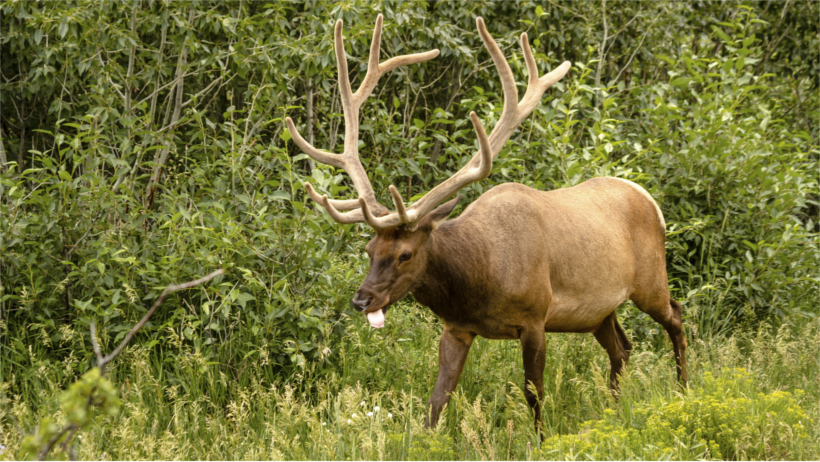 Elk are making a comeback and appear to be stabilizing after a 20-year decline in Yellowstone National Park. Biologists have just finished the annual survey and have discovered that for the third consecutive year, the Northern Yellowstone elk herd numbers are steady. This is interesting as it’s the first time in 20 years that elk numbers have stayed consistent since wolves were reintroduced into the area in 1995.

“What we can say from this survey, looking at the big picture, is that it’s a really abundant herd,” Montana Fish, Wildlife and Parks (MFWP) biologist Karen Loveless told The Missoulian. “The herd has stabilized. It’s no longer in decline. I feel confident in saying that because the number has been around 5,000 for three years. We’re also seeing improved recruitment.”

The elk counts were completed on Jan. 15 by the Northern Yellowstone Cooperative Wildlife Working Group, which includes biologists from MFWP, Yellowstone National Park, the U.S. Forest Service and the U.S. Geological Survey, according to The Missoulian. The 2017 tally was 9% higher than last year’s total and 37% higher than 2013’s total, which was a bad year for elk.

Biologists found that elk were congregating in smaller groups and more were found north of the park boundary, which means an increase from 77% to 89% of elk migrating beyond the park, according to The Missoulian. As elk continue to migrate, three hazers will be used to keep them away from cattle – and the risk of being infected by brucellosis.

While the January survey is used to figure out overall elk population trends, a March survey will be conducted to determine calf recruitment and bull ratios. Regardless, the news is promising and could benefit hunters if the population continues to stabilize.

“It seems like we might be hitting an equilibrium that provides stability,” says Loveless. “That’s what we’re striving for.”