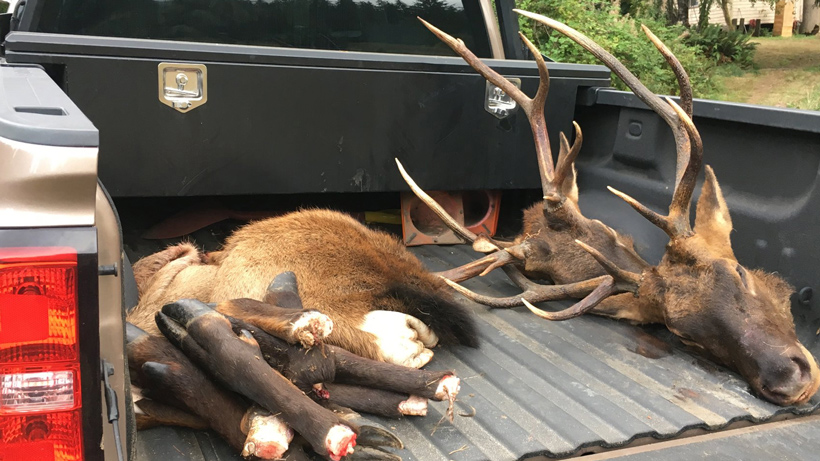 Did elk season start early for two Washington men? Not exactly. This week, two brothers from Naselle, Washington was arrested for poaching two bull elk the day before opening day. The Washington Department of Fish & Wildlife (WDFW) report states that they “decided that archery elk hunting should open a day earlier for them than the rest of Western Washington,” KXRO News Radio reports.

WDFW Sgt. Ryan John and Officer Paul Jacobson secured a search warrant following a report from a local hunter who stumbled upon a gut pile while watching an elk herd on opening day. When the two officers entered the shop building linked to the brothers, initially looking for only one elk, they ended up discovering a second elk right beside the first one.

Caught red-handed, both brothers are cooperating with police. Officers seized and donated the elk to a nonprofit organization and seized the brothers’ hunting equipment, too, according to KXRO News Radio.

Charges are in the process of being filed with the Pacific County Prosecutor.