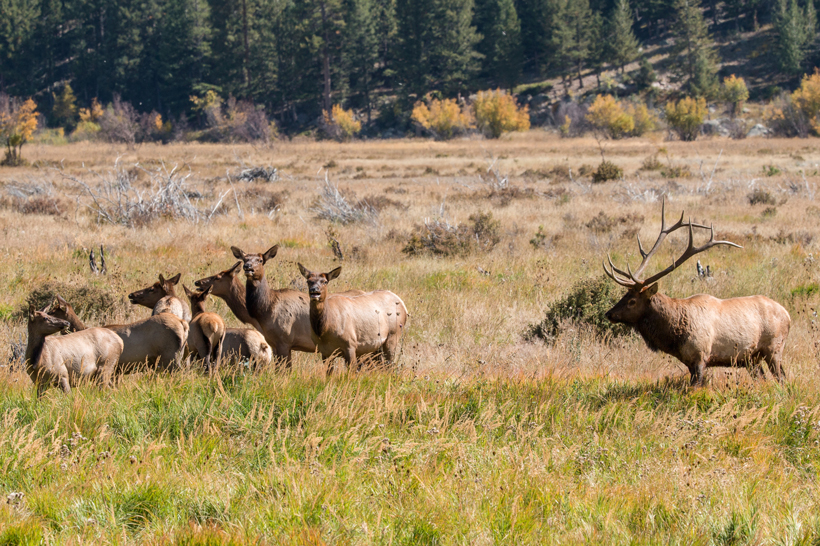 Elk herds in Montana may face forced reorganization over the next few months as Montana Fish, Wildlife & Parks attempts to find a solution to the current concentration of elk on private land. This year’s elk season brought many of the overpopulation and location issues to light as residents reported the overabundance of hunters and elk within the valleys of southwest Montana.

Multiple reports of these issues were received by Commissioner Dan Vermillion, with complaints focused near Canyon Ferry, Paradise Valley, Shields Valley, and the Bitterroot and Madison valleys, but Vermillion is unsure of how much FWP can control the problem.

“Everybody keeps looking to the commission to do something,” Vermillion said. “I’m not sure there’s a whole lot we can do except continue to try to educate hunters and providing enough opportunities that the elk get a little more spread out during hunting season.”

Only a few locations seem to be out of control, pushing landowners and hunters into a disagreeable situation. But why are so many elk herds leaving public land? According to FWP Director Jeff Hagener, many elk herds have become accustomed to staying in the croplands and irrigation pivots because they realize that they are safe from hunters and predators. This leads to the overpopulation problem coupled with the lack of access to these animals by hunters unless private landowners allow hunting on their property.

One solution is to organize elk management hunts on selected privately-owned parcels. Some land owners are participating in these efforts as the increased numbers of elk are damaging these areas through overgrazing. While many understand the need to work with FWP on possible solutions, there is still a continued friction between hunters and land owners, with accusations aimed at both sides.

Regardless, the situation was worse this year than in years prior with 600 to 700 elk on the flats and very few roaming the public land above. Over the next few months, FWP will try to find a balance between hunters, landowners, and healthy herds.