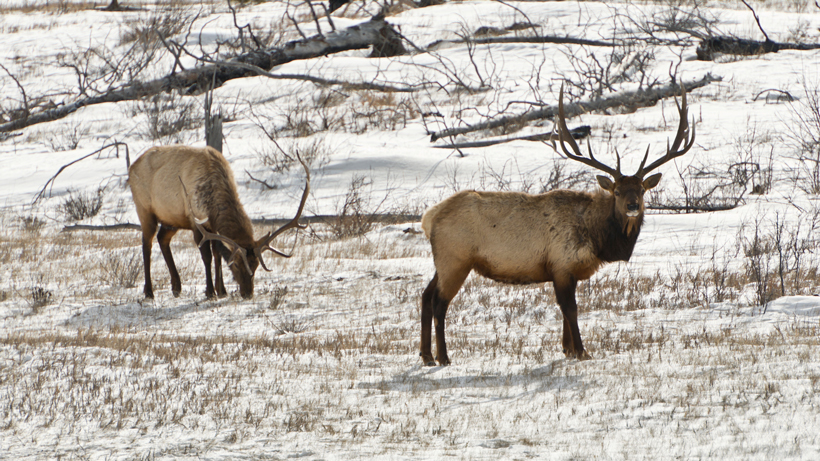 Last week, Wisconsin eliminated old regulations that used population count to determine whether or not the state could hold an elk hunt. According to Wisconsin Public Radio, those rules, which were established in 2003, only allowed an elk season if the herd count hit 200 in the Clam Lake region and 150 in the Black River region. Lifting the regulations will allow the Wisconsin Department of Natural Resources (WDNR) the ability to manage elk in a slightly different way.

“Getting rid of that requirement, getting rid of the baseline population requirement, really gives the DNR more flexibility in how to scientifically manage the herd versus whatever is written statutorily,” said State Rep. Nick Milroy (D-South Range).

According to Wisconsin Public Radio, the Clam Lake herd is estimated to have 211 to 236 elk after spring calving and the Black River herd should have about 70 to 80 elk. As goHUNT previously reported, over 38,000 hunters applied for the chance to draw one of four permits available for Wisconsin’s first-ever elk hunt last fall.

In fact, according to WDNR big game ecologist Kevin Wallenfang, the original regulation was put in place to limit any preconceived notions that elk would be hunted as soon as the reintroduction efforts were in place. WDNR proposed removing the restrictions last year, which resulted in some worried that hunting elk was more important than their recovery and overall state conservation efforts.

“People mistakenly thought it meant we're trying to get rid of the limitations so we can start a hunt faster and that's not at all the case,” said Wallenfang. “What we want to be able to do is use the science and use the metrics available to us to let the herd tell us when it's time.”