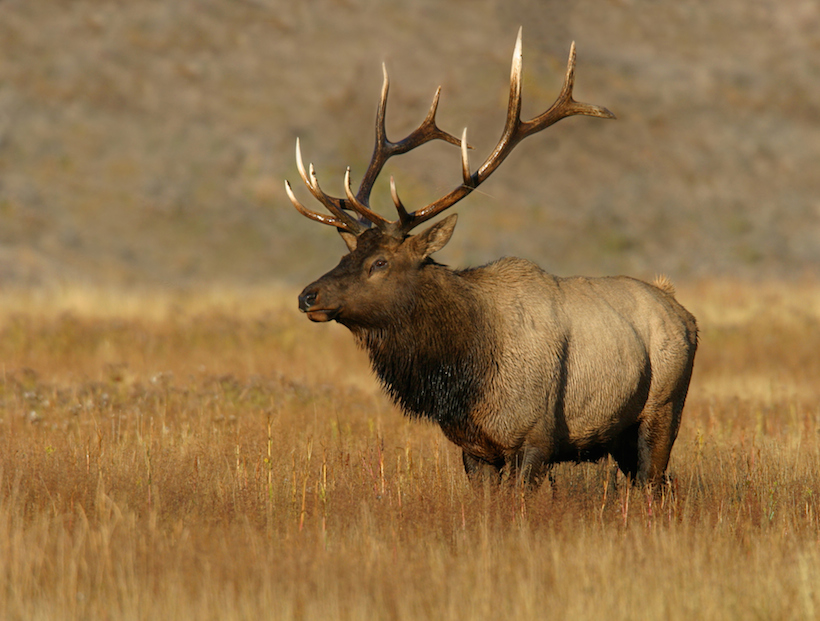 Over the past decade, the Washington Department of Fish and Wildlife (WDFW) has received a growing number of reports of elk hobbling because their hooves are missing or malformed. Cases of the diseased hooves ranged from the Cowlitz River Basin to Pacific, Grays Harbor, Lewis, Clark and Wahkiakum counties, largely concerning the St. Helens and Wilapa Hills elk herds. The feet of affected elk show a range of symptoms including lesions, rotting tissue and overgrown, cracked or broken hooves.

Thus far, the cases had been confined to Southwest Washington, but two hoof samples taken by hunters in Multnomah and Clackamas counties in Northwest Oregon show similarities to the cases from Washington.

“From the lesions it looks very similar. And that’s kind of our presumptuous diagnosis which is why we’re going to be pretty vigilant about taking additional samples on anything that comes through our lab,” said Julia Burco, a veterinarian with the Oregon Department of Fish and Wildlife (ODFW).

Burco and her team first received the samples in March. They immediately suspected elk hoof disease but are running tests to rule out any other potential causes for the hoof deformities. The state is coordinating sampling efforts with Washington’s ongoing investigation.

Scientists have largely suspected that the hoof rot itself may be caused by an infectious treponema bacteria, which has been linked to digital dermatitis in domestic livestock. A 16-person technical panel of experts, formed by the WDFW to review test results from the affected elk, supported those findings. 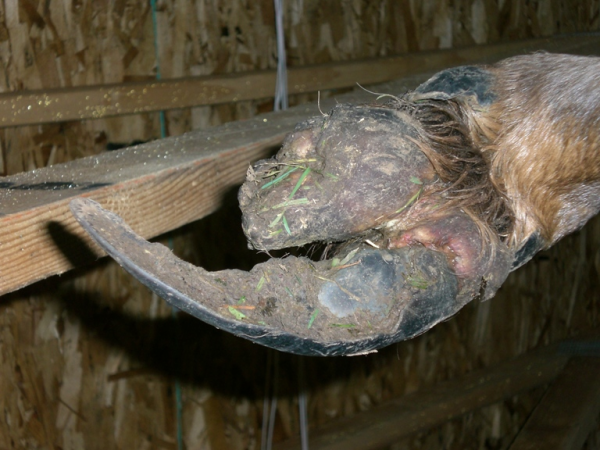 The treponemes are a spiral-shaped bacteria that “literally act like a corkscrew and drill into tissue,” says Kristin Mansfield, a WDFW epidemiologist.

Mansfield also adds that “it’s suspected that there needs to be damage to the hooves to the point where the treponemes can then drill their way into the tissue.”

This necessarily implies that treponema is not the root cause of elk hoof disease. Dr. Jennifer Wilson, a research microbiologist with the USDA, agrees. “Treponemes are possibly playing a role, but they’re not the entirety,” she said.  In fact, Dr. Wilson believes treponemes are more likely secondary invaders rather than primary pathogens.

“Treponemes aren’t a real suspect for initial colonizers,” she said. “There’s a consortium of bacteria there that initially colonizes that skin, and that skin may be damaged due to moisture, abrasion or just a weakened immune state of the animal.” The idea that elk are more vulnerable to pathogenic bacteria because of compromised immune systems is not only being considered by experts, but is one of the primary arguments proposed by those who believe herbicides are at the source of the disease.

Some of the most common herbicides like atrazine are known to be immunotoxic, and that particular chemical can disrupt the function of the immune system by as much as 70%.

“I’m not saying that herbicides are causing the problem. What I’m saying is they make the animals more vulnerable to this infection or to any infection,” said Bob Ferris, executive director of Cascadia Wildlands. “There are some problems with the habitat that are affecting the overall health of the animals, and that’s an area that we need to look at as well.” While experts continue to research the pathology of the disease, wildlife managers are struggling to find the best means of containing the problem.

In June, WDFW officials proposed plans to initiate a broad assessment of the outbreak, and are considering a “humane harvest” of severely crippled animals that will help put disease-stricken elk out of their misery.

If the outbreak does extend into Oregon, containment presents a serious challenge since there is neither a vaccine nor an effective field treatment. The state is currently developing an response plan which includes an online information site and system to report any potential cases.

At this point, there is no evidence that the bacteria are harmful to humans, and tests have shown that the disease does not affect animals’ meats or organs.

The WDFW is uncertain whether the elk hoof disease can be transmitted to domestic animals. Experts in the impacted zone have not seen a rise in livestock illness associated with diseased elk.

In order to prevent individuals from spreading the disease, Burco recommends that hunters “remove the feet from elk harvested in the endemic area and leave them at the kill site in order to minimize the risk of spreading the disease to new areas.” She also recommends that hunters remove mud from their boots and vehicles before leaving the endemic area.