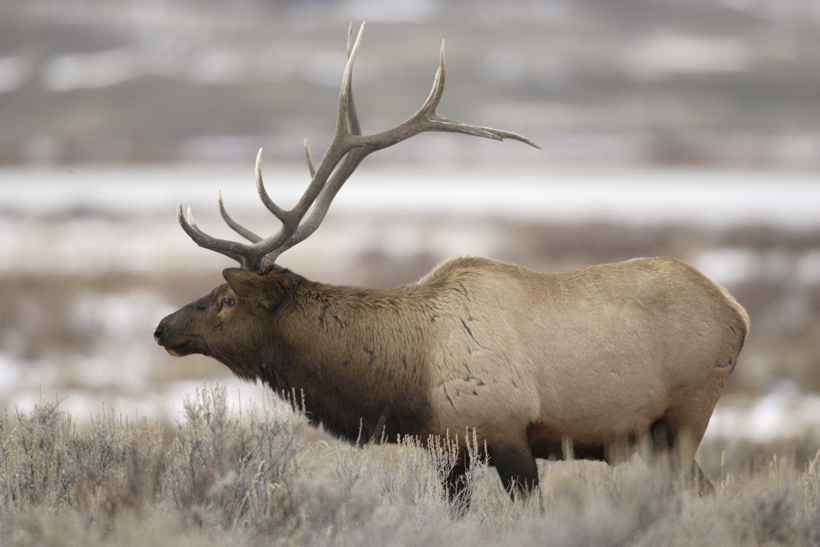 A hunter in Montana has been issued a citation for taking too long to tag a bull elk. Though the Park County attorney later chose to dismiss the charge, the hunter was unable to retrieve the meat or his faith in the system.

On the opening day of the Montana rifle season, Jim Latvala, a 65-year-old man from Two Harbors, Minn., took a six-point bull elk. He was out in the field with his brother, 71-year-old Montana resident, Warren Latvala, who has owned property in the area for nearly 40 years.

“It was the first time we actually got to hunt together, and me taking this bull, we were elated, euphoric, in la-la land,” Jim Latvala told the Billings Gazette in a telephone interview.

The brothers were hunting on a neighbor’s property near Highway 89 south of Clyde Park, close to Shields River. Jim was able to pick the bull out of a herd of about 60 elk that had moved across the highway and into a field they had staked out. 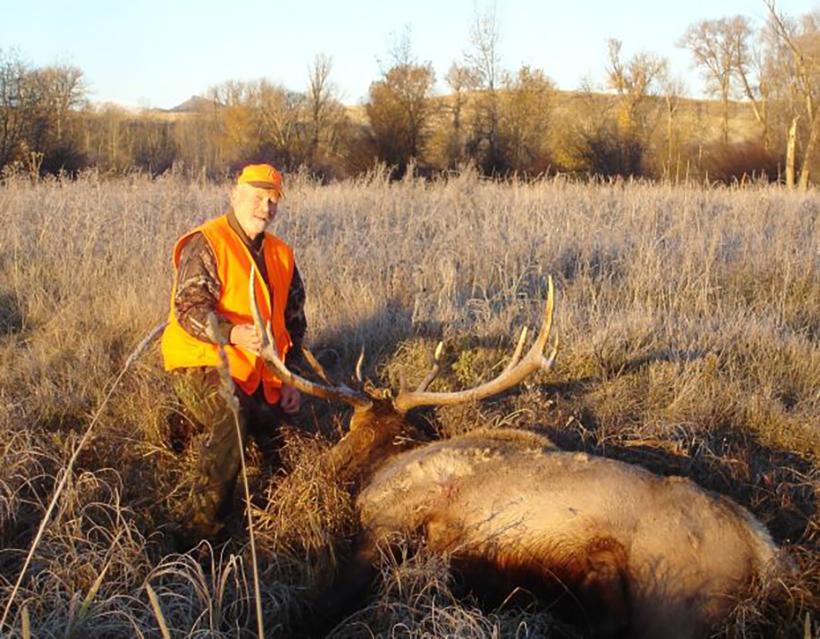 After taking a clean shot, the brothers tracked the elk to a swamp where it had died. They had to wade across the water to get to the bull. Just as Latvala was gutting the bull, a Montana Fish, Wildlife and Parks (FWP) warden, Drew Scott, along with a TV show videographer, approached and asked to see his nonresident elk tag.

At that point, Scott warned Latvala that he was likely to lose the bull for failure of tagging it immediately, as Montana regulations stipulate.

“If you read the statute it says you must immediately validate the tag,” maintains Joe Knarr, FWP’s Region 3 warden sergeant. “If it doesn’t say ‘immediately,’ then you may define immediately different than me.”

FWP’s concern is that if a tag isn’t marked right away, the hunter may try to use it again on a different animal.

Latvala said that in his home state of Minnesota, a hunter is not required to tag game until it is going to be moved. He maintains that he is an ethical hunter who believed he was following the rules. Yet according to FWP, he just didn’t follow them quickly enough.

Knarr says that he was in contact with Scott as the situation happened, and was alerted “as soon as the elk hit the ground.” Knarr calls the time between when Latvala shot the elk and when the elk was tagged “substantial” — approximately 20 to 25 minutes — and supports Scott’s decision.

“Given the answers (Latvala) gave and the circumstances, this was the best course of action under these circumstances,” Knarr stated. “There were violations. They did occur. The officer was within his rights to do what he did, but the county attorney wanted to give the head back to the fella but not the meat based on the fact that a violation did occur.”

Once the citation was issued, the county attorney is in charge of deciding if and how to prosecute.

Nels Swandel, the acting park county attorney, dismissed the charge of failure to properly tag a game animal. In a letter to Jim Latvala, Swandel even listed the reasons for dismissing the charge, which included a statement that Latvala had “no intent to evade or violate the law,” and came from a state where the regulations are different and had tagged the elk before the game warden approached.

Swandel called Latvala to inform him that he could pick up the elk head, but that the meat had already been donated to a food bank. While Latvala felt validated by the dismissal, he could not shake the feeling of anger or confusion over what had transpired.

“Damn it, the people who work (for FWP) should be out looking for poachers, not someone who took 21 minutes to fill out their tag,” Warren Latvala exclaimed.

Latvala, a former Marine who served in his local Rotary Club and American Legion, has been a hunter for most of his life and has a deep appreciation for the harvest.

“I take hunting pretty seriously,” he said. “I’m not in it for the blood,” adding that the meat would have lasted him for two years.

“To have this fall apart makes me nauseated.”

Warren Latvala believes that the citation was unwarranted and misjudged and contends that presence of the cameraman pressured Scott to issue the citation and confiscate the elk. Latvala wants to see cameramen prohibited from tagging along with game wardens.

Mitch Petrie, the president and executive producer of “Wardens” says Latvala’s accusations are understandable, yet untrue.

"Our videographers are trained to be a fly on the wall and stay out of the way," Petrie maintains. "There's no pressure to produce anything.”

Warren Latvala has contacted his state representative, asking for action to be taken. Jim Latvala has also written letters to FWP director Jeff Hagener and the local Fish and Wildlife commissioner, Dan Vermillion, conveying his disappointment and seeking monetary compensation for his loss. He is asking for about $2,000.

“I’m not a bad guy,” Jim Latvala said. “And I’m suffering because of this. I want justice.”

Warren Latvala says that the entire situation has taken its toll on his faith in the system.

“I’ve hunted since I was 8 years old and my dad bought me a .410 shotgun,” Warren said. “And I’ve hunted continuously ever since then. Every year I’ve bought a deer and elk tag.”

Yet this season, he didn’t hunt, saying he simply felt to anxious.

“It took the joy out of it for me,” he said. “I’ve got two unfilled tags, and I’ll never buy another one.”