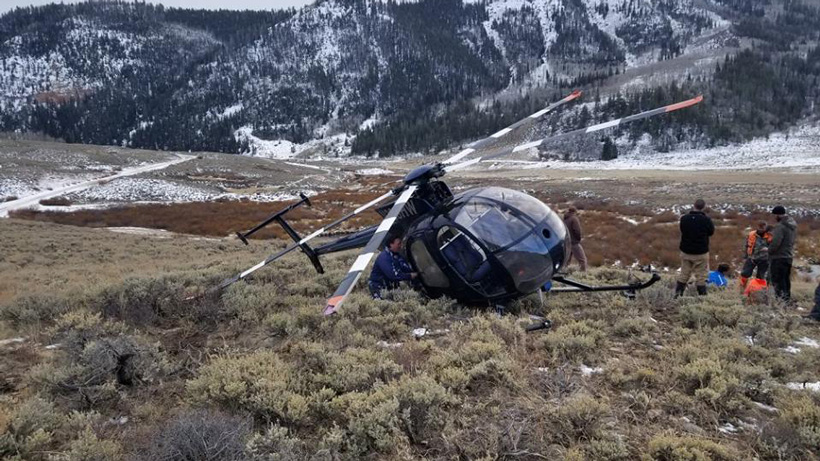 During a routine trip into the Utah backcountry, an elk crashed into a helicopter, ending the flight. The incident occurred near Current Creek Reservoir in Wasatch County. The two-man helicopter crew, which was contracted by the Utah Division of Wildlife Resources (UDWR), was in attempting to net a cow elk to collar it for research purposes when the elk jumped during the procedure and hit the tail rotor, KUTV.com reports.

The force of the elk’s jump caused the rotor to detach from the helicopter, causing it to crash. While both crew members emerged from the accident with minor cuts and bruises, the elk wasn’t as lucky. UDWR Northeast Utah Conservation Outreach Manager Tonya Kieffer confirmed that the elk was killed.

While this crash is unusual and not a typical occurrence, Kieffer told KUTV.com that the agency plans to investigate the incident and make changes “to prevent it from happening again.”