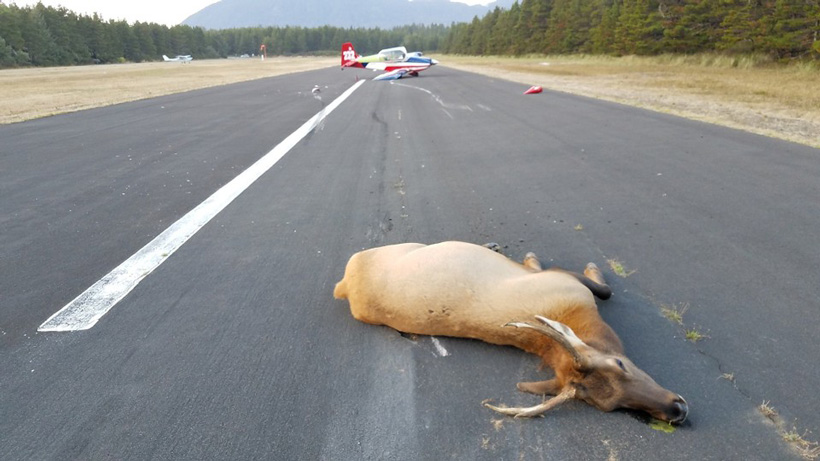 On Saturday, two people narrowly escaped from an accident caused by two elk running across a small airstrip in Oregon. While both elk died and the plane was totaled, pilot Todd Rudberg and passenger Valerie Villacin walked away without any injuries. 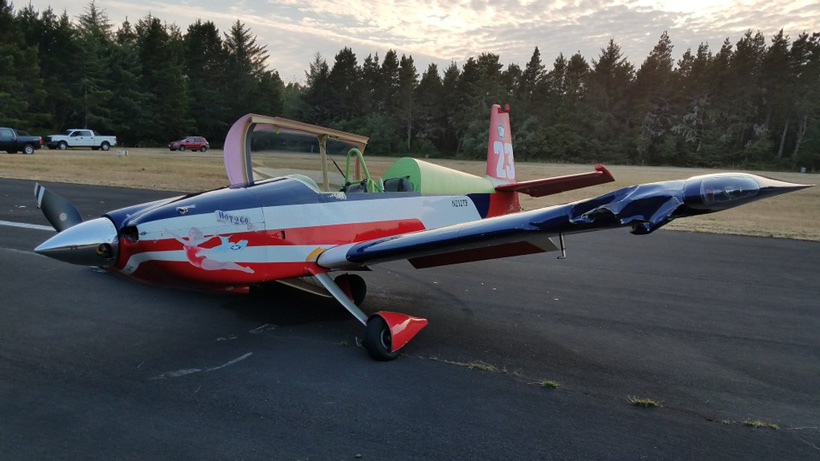 According to The Oregonian, Rudberg had just touched down his 2003 Vans Aircraft Model RV8 at the Nehalem Bay State Park airstrip when an elk ran out in front of the plane. Rudberg attempted to re-launch the plane and fly over the animal, but, instead, the plane’s landing gear and propeller hit the elk, killing the animal. Seconds later, another elk ran across the tarmac and was killed when it hit the left wing.

Nahalem Bay State Park is a popular spot for wildlife, featuring plenty of forest for deer and elk to frequent. While authorities are calling the incident a freak accident, the U.S. Federal Aviation Administration is investigating and the airstrip is currently closed. Elk and other large land mammals aren’t typically involved in aircraft crashes. In fact, The Oregonian found out that birds account for 95% of the plane-animal incidents; however, between 1990 and 2015, more than 1,100 deer were actually struck by aircraft.