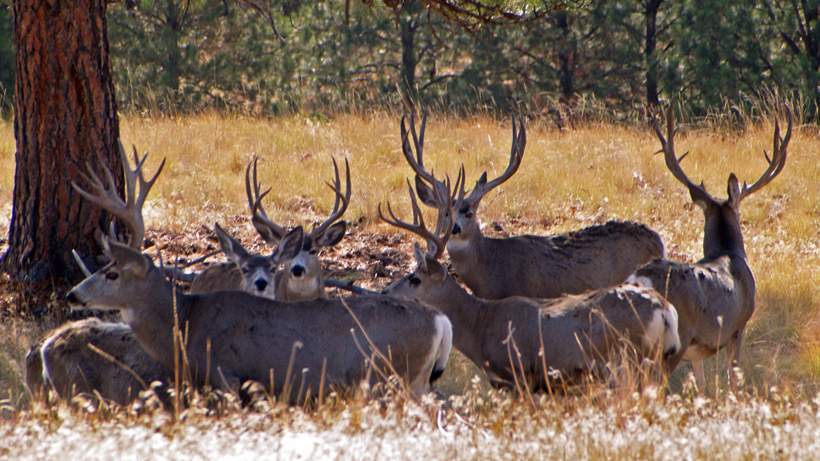 Last weekend, eight mule deer – including a fawn left barely alive – were illegally killed and left to waste in McCone County, Montana. Now, Montana Fish, Wildlife and Parks (MFWP) officials are asking for anyone with any information to come forward and help them solve the case.

According to KRTV.com, the deer were shot with a shotgun. Officials found them “scattered over two miles near road 528 in northern McCone County, on the north end of the Remuda Twitchell BMA, about 10 miles east of Highway 24 and south of Oswego.”

“I’ve seen senseless killing before in my 10 years, but this incident ranks right up there among the worst,” Warden Todd Tryan told KRTV.com. “I’m also tired of having to put wounded animals like that fawn out of their misery, all because of blatant disregard for Montana’s public resources.”

Region 6 warden captain Ron Howell added, “The individuals that did this are poachers. Hunters didn’t do this. We challenge the public to help provide more information on this case and others, so we can hold these individual(s) accountable for their actions.”

In addition to the eight-deer-poaching case, MFWP is also interested in any tips regarding a poached mule deer buck near Conrad. That deer, which had been shot with a rifle and was left beheaded, was found on October 9.

Anyone who calls in with a tip is eligible for a reward up to $1,000 if the information leads to a conviction.