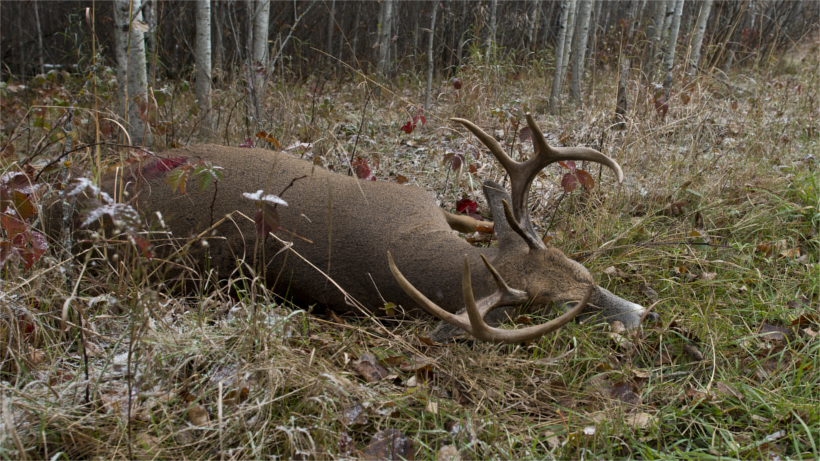 South Dakota deer hunters beware: epizootic hemorrhagic disease (EHD) has been confirmed in 17 counties with another 21 counties reporting nearly 1,200 dead whitetail deer most likely infected by the same disease. This is troubling news and greatly impacts not only this year’s season, but possibly future seasons, too.

According to The Capital Journal, due to the level of the outbreak, South Dakota Game, Fish, & Parks (SDGFP) officials will not distribute any leftover antlerless tags for 11 East River hunting units. Any hunter with a license for any of the East River hunting units or Units 45A and 45B in Lyman County can turn in unused tags for a full refund and reinstatement of preference points.

“These actions are intended to lessen the impact on deer populations in hunting units where management objectives are to maintain or increase deer populations,” says Chad Switzer, wildlife program administrator.

EHD is caused by a biting midge and spreads quickly, often killing an infected deer within days. According to Andy Lindbloom, a senior SDGFP big game biologist, the disease seems to be running rampant primarily in the central and southeastern portions of the state and “seems to affect white-tailed deer far more than mule deer.” Lindbloom adds that a hard freeze will likely slow EHD’s reach, but not eliminate it completely.

While EHD hasn’t been confirmed to harm humans, it’s recommended that you don’t eat the meat from a diseased animal. If you would like to turn in your license for any of the impacted areas, please send them by Nov. 19, 2016 to the GFP Licensing Office, 20641 SD Hwy 1806, Fort Pierre, SD 57532. If you have a West River deer licenses (45A and 45B in Lyman County), please send it Nov. 12, 2016. All refunds will be mailed after these dates.