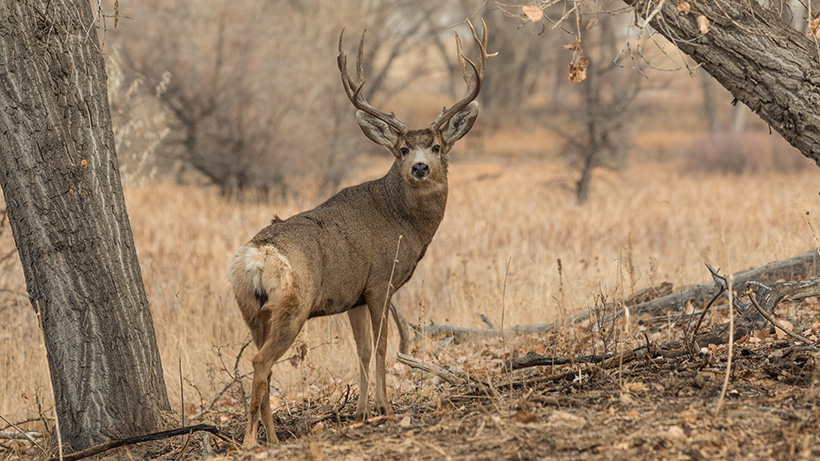 Long-term drought has resulted in massive reverberations across the West. In Texas, it has impacted mule deer, particularly herds in the Panhandle and Trans-Pecos areas. With archery season already underway and general season on-deck in a just a couple of weeks, hunters should be aware that, this year, antler growth is below average even though herd health is still holding steady, according to the Texas Farm Bureau.

“I would say the chances of bagging a mule deer would probably be average, but the antler production is going to be quite a bit below average just because we didn’t have any moisture during the antler development time,” said Shawn Gray, Texas Parks and Wildlife Department (TPWD) mule deer and pronghorn program leader.

Low fawn production is also linked to “timely rains, and its impact on forages.” Currently, the average mule deer fawn crop in the Trans-Pecos and the Panhandle is 30% to 35%, which Gray acknowledges should sustain mule deer populations within the area with the potential for even a bit of growth.

“We get lower fawn crops, and so the production of the herd goes down,” said Gray. “I wouldn’t say it’s a historic decline or anything like that. It’s just the product of the current drought, but hopefully we’re going out of that.”

Mule deer archery season runs through Nov. 4. General season opens Nov. 19 in the Panhandle and Nov. 25 in the Trans-Pecos and Brewster, Pecos and Terrell counties.

Hunters are only allowed to keep mule deer bucks with an outside antler spread of the main beams by 20” or more in an effort to “help maintain more natural mule deer sex rations in those counties,” according to Gray.

“We had quite a bit of intensive buck harvest going on in the southeast Panhandle counties. There were six counties that we tried this experiment, and then we added Lynn County in the second year,” said Gray. “It was having an impact on the sex ratio, so there was becoming a lot more does than bucks, and the buck age structure was really, really young.”