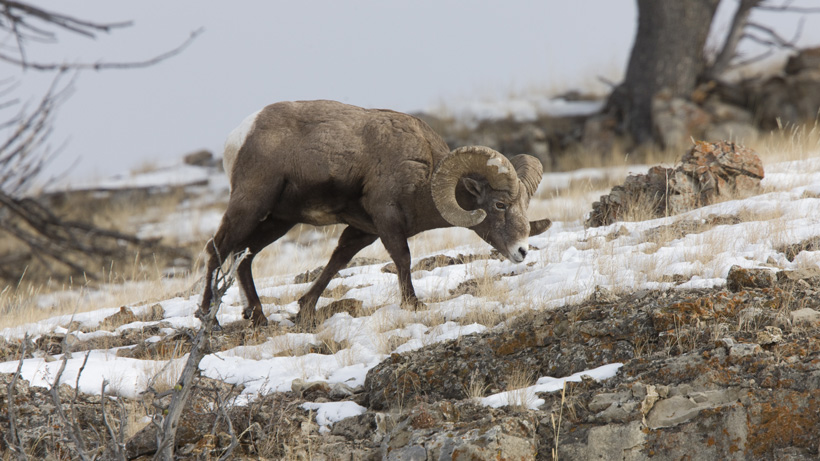 Domestic sheep grazing is off the table again in the Bridger-Teton National Forest. While the Wyoming Stock Growers Association’s (WSGA) request to restock seven sheep allotments in the Wyoming Range was initially “met favorably and set in motion by managers of the 3.4-million-acre forest,” the forest has decided not to go forward with it, the Jackson Hole Daily reports.

“Feedback from the public and many organizations indicates an overwhelming lack of support for the proposal to amend the Forest Plan,” Forest Supervisor Tricia O’Connor wrote in a Nov. 19 memo. “Although the proposed amendment language for protecting core, native herds was well received, the change in protections for the Darby herd was a major concern.”

Allowing domestic sheep to graze near bighorn sheep habitat could be potentially deadly for the wild sheep as domestic sheep have historically introduced disease if the two intermingle. In fact, in 2012, the specific areas in question were bought by the National Wildlife Federation from a private sheep rancher to keep domestic sheep away from the Darby Mountain bighorn sheep herd.

Along with the request to allow for restocking domestic sheep on this particular rangeland, national forest officials also proposed revising the Forest Plan to allow for “protections for four ‘core’ bighorn sheep populations” that are prioritized over the Darby Mountain herd: the Jackson, Whiskey Mountain, Targhee and Absaroka herds. However, due to the documents necessary for such a revision to the Forest Plan, which would include an environmental impact statement, timelines and more, O’Connor opted to keep the allotments vacant for the time being.

“We were terribly disappointed in that decision,” said Jim Magagna, president of the WSGA. “The Forest Service doesn’t seem to be recognizing and accepting the role of the state of Wyoming in managing bighorn sheep. I’m not very willing to accept this and we’re going to look into what our options might be and see how we can proceed from there.”