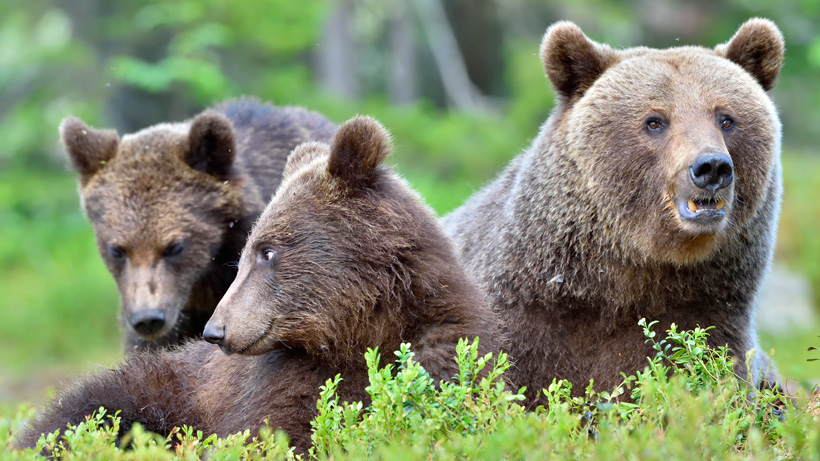 Grizzly bear reintroduction efforts were halted after the U.S. Department of Interior (DOI) terminated its plans for bear recovery in north-central Washington. The cancellation of the reintroduction effort, which was focused on the Northern Cascades Ecosystem (NCE), came out of the blue and, according to The Missoulian government officials have “declined repeated requests” and disconnected one of two phone numbers “to call for more information.” The other working phone number refers requests to the Washington, D.C. office, which did not respond to inquiries.

On Wednesday, the Center for Biological Diversity (CBD) set the DOI a 60-day notice of intent to sue that asserts that the “reintroduction termination violates the Endangered Species Act.” Further, the notice says that “by abandoning the ongoing process to take actions necessary to conserve grizzly bears in the NCE (Northern Cascades Ecosystem),” DOI officials “are failing to implement the recovery plan in violation of the ESA (Endangered Species Act).”

“It’s unusual for an agency not to at least follow through with the analysis, and maybe at end choose the no-action alternative,” said Andrea Zaccardi, CBD attorney. “Instead they pulled the plug halfway through the process. And if they’d come out with a final environmental impact statement, the science and their legal obligations wouldn’t support a no-action alternative.”

According to The Missoulian, the U.S. Fish and Wildlife Service (FWS) selected six recovery ecosystems for grizzly bears and, in 1997, designated 9,565 square miles around the North Cascades National Park as one of them. While the area used to be home to plenty of grizzlies due to its prime habitat, the latest tallies only found two to six grizzlies remaining and, most likely, these same grizzlies used another area across the Canadian border near British Columbia most of the time. Back then, FWS labeled NCE as “the most at-risk grizzly bear population in the United States today,” making the recent decision to pull the plug on reintroduction efforts puzzling.

Interior Secretary David Bernhardt’s July 7 press release that announced the reintroduction termination said that the efforts were advancing “without comprehensive public involvement and engagement” even though the official DOI notice of termination says that “the agencies held a number of public meetings during the public review and comment period and participated in outreach activities with interested parties” and the National Park Service collected 126,000 public comments on the reintroduction plan, according to The Missoulian. And the DOI went on to say that they consulted tribal members and key stakeholders and those individuals professed “overwhelming opposition…for the plan.”

While reintroducing grizzlies to this ecosystem could impact ranchers or livestock producers, retired FWS grizzly recovery coordinator Chris Servheen doesn’t think that reintroducing them to the region would be detrimental to those who use the land for other purposes.