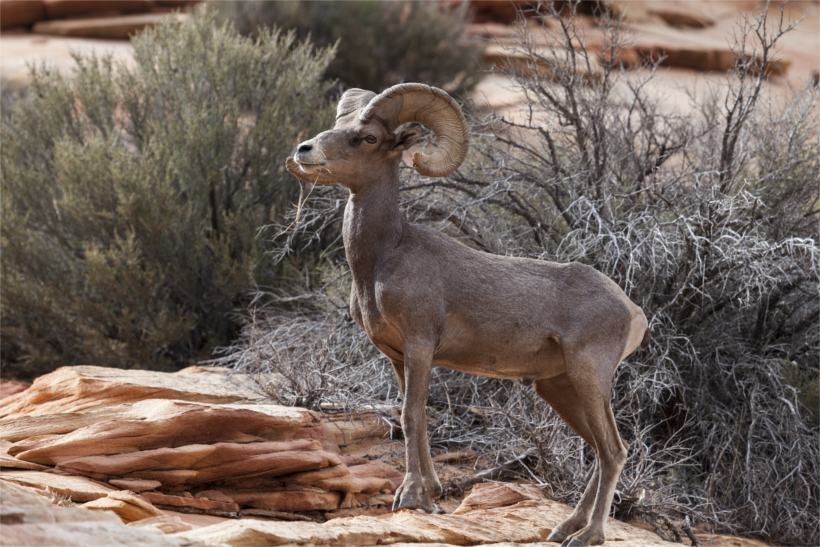 Another herd of wild bighorn sheep faces a major die-off due to a strong strain of pneumonia. According to the Nevada Department of Wildlife (NDOW), the herd that calls Hemenway Park home has been so severely impacted by the virus that fawn mortality is high and the entire herd has been significantly reduced.

This isn’t the first time pneumonia has infected Nevada bighorns. As goHUNT previously reported, NDOW eliminated 24 infected bighorn sheep from the Montana Mountains in northern Nevada in February. While officials hope to keep the virus at bay, the current situation doesn’t look good. In October, NDOW officials counted 100 fewer sheep (from 239 to 139) and five lambs (down from 37 counted the year before), according to the Boulder City Review. This drop illustrates the seriousness of containing the disease so it doesn’t spread further.

Pat Cummings, a NDOW biologist, says that the pneumonia that has infected the Hemenway Park herd is most likely from rams that migrated north from the Mojave National Preserve in California. Disease was identified in this herd in 2013.

“To see the herd in this condition is sad,” says Cummings. He adds that the sheep “cannot move because they are sick. We have to leave them be and hope for the best. Bacterial pneumonia is difficult to treat, even in people.”

While a vaccine is reportedly in development at Washington State University (WSU), the scientist in charge of that project doesn’t believe it’s the next step in defeating pneumonia in wild sheep. He says that researchers have only just started to understand the complexity of the disease.

“In just the last five years, we’ve come to understand this complex disease process much better, and now I think we are now at the point where we can begin to try out some possible solutions,” says Dr. Thomas Besser of WSU.

For now, area biologists wait and see. Careful monitoring of the diseased herd may discover answers to the range of the disease. Unfortunately, NDOW may have to make a difficult decision as to what to do with the Hemenway Park herd.