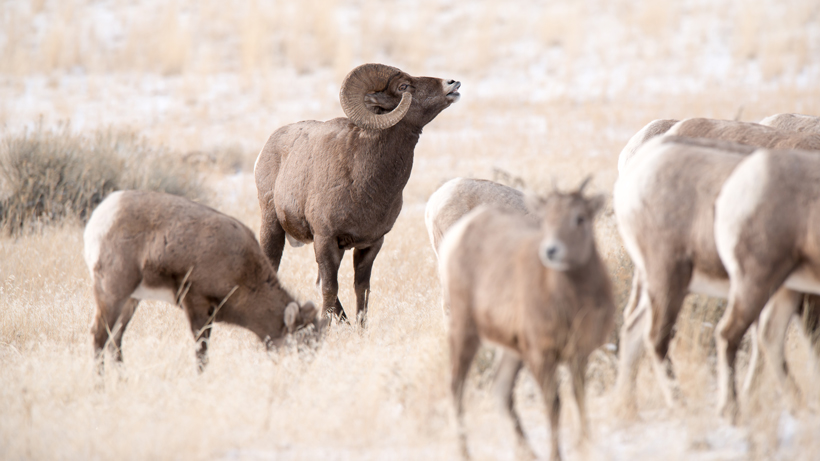 With a recent confirmed case of pneumonia in a bighorn sheep lamb near Wenatchee, Washington, state wildlife officials say that the bacteria known as Mycoplasma ovipneumoniae (Movi) is now “present” in all of the herds within that region, according to News Radio 560. Due to the prevalence of the deadly disease, the Washington Department of Fish and Wildlife (WDFW) is taking action to keep the deadly disease from spreading further.

One of the ways of keeping the outbreaks under control is limiting interaction between wild bighorn sheep and their domestic counterparts, which are considered carriers of the bacteria. Currently, there is no known treatment for the disease or a vaccine.

Additionally, testing of the infected lamb found the presence of bluetongue virus, which is transmitted by gnats “during the driest times of the year,” according to News Radio 560. And, unfortunately, Movi and bluetongue are both impacting the Quilomene bighorn sheep herd, which is considered the largest herd in Washington State.

“At this point, we know Movi and bluetongue virus are in the herd, and we’re going to monitor these sheep closely,” said Mike Livingston, WDFW Region 3 Director. “This is disappointing as it means that the bacteria are present in all WDFW-managed bighorn sheep herds in Region 3.”

For now, the state is relying on hunter harvest samples and reports of dead bighorn sheep. If you notice any coughing or abnormal behavior in bighorn sheep near the Quilomene herd range, please contact the south-central regional office at 509-575-2740.