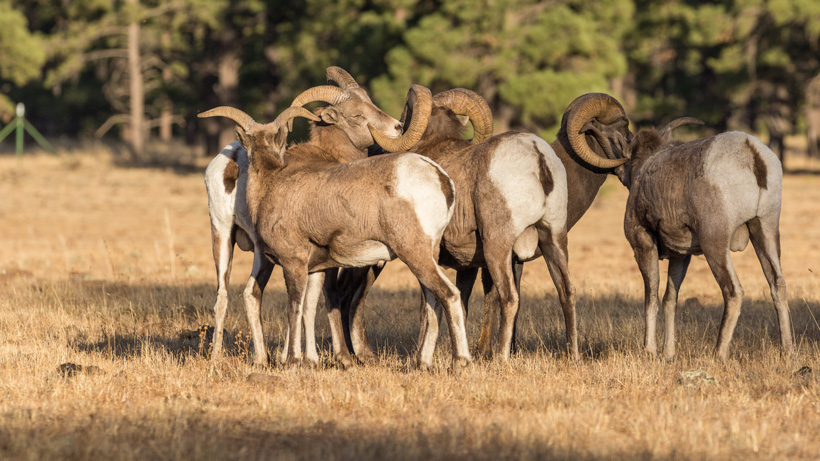 With about 400 animals, Oregon’s Lookout Mountain bighorn sheep herd is considered to be one of the biggest in the state. However, recent reports of bighorns coughing have state wildlife biologists concerned that disease – particularly pneumonia – could impact the future of the herd. The Oregon Department of Fish and Wildlife (ODFW) are closely monitoring the herd to see what happens, but won’t know “how severe the death toll” will be until later this year, The Bulletin reports.

The Lookout Mountain herd is primarily comprised of California bighorn sheep. While the herd was previously considered healthy, on Feb. 13, a dead bighorn ram was reported to ODFW, according to The Bulletin. The carcass, found about 18 miles north of Huntington, tested positive for Mycoplasma ovipneumoniae bacteria – bacteria that has caused massive die-offs in bighorn sheep herds across the West. This confirmation moved ODFW to cancel two bighorn sheep hunts slated for the summer and fall in the Lookout Mountain unit, eliminating two resident and one nonresident tags completely.

Since the first ram was discovered, 10 to 12 additional bighorn sheep have died with the most recent death on April 5, according to Brian Ratliff, district wildlife biologist. All carcasses tested positive for the same strain of bacteria.

“Biologists don’t know — indeed, they might never confirm — how the herd was infected,” said Ratliff.

According to The Bulletin, there are two residents with domestic sheep in that unit and they’ve volunteered to have their animals tested; however, the results of those tests are not yet known.

“Even if the domestic sheep are carrying the bacteria, that wouldn’t be conclusive proof that the bighorns were infected by contact with domestic sheep,” said Ratliff.

For now, ODFW will continue to monitor the herd and hope that a massive die-off doesn’t happen in the future.