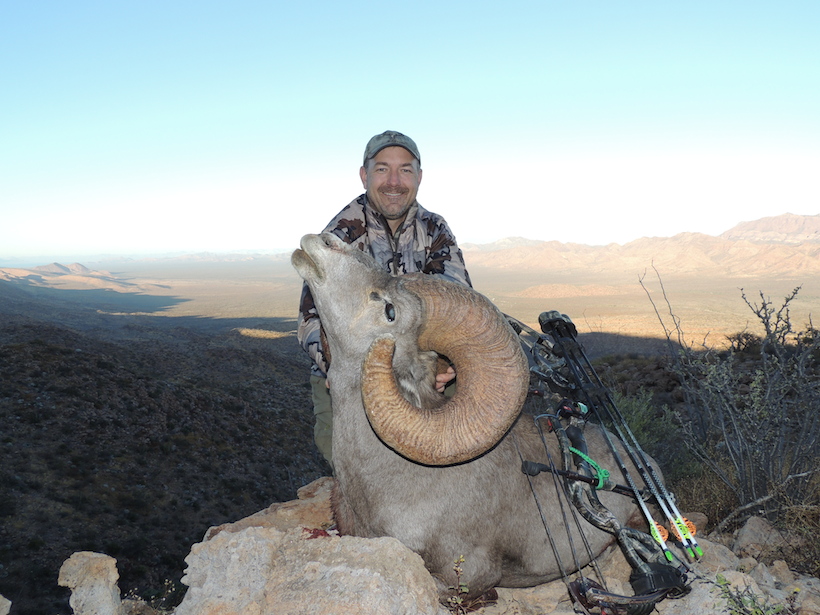 Little did Brian Benyo know that his 25-yard shot with his bow on the second day of his Tiburon Island hunt in Sonora, Mexico could potentially place him at the top of the record books.

The ram will need to be panel scored by a select number of official scorers at the 2015 national convention. If judged by the Pope & Young (P&Y) panel that the score holds up, it will be the new bowhunting world record.

This desert sheep is entered into the current and ongoing 29th recording period which goes from January 1, 2013 to December 31, 2014. At the closing of the recording period, P&Y bestows numerical awards and honorable mentions to the most outstanding animals in each species category. This is also the time when new world records are verified and it presents those awards during the club’s biennial convention and awards banquet.

“I am always amazed that in each recording period we have several animals entered that exceed the present world’s records,” says Glenn Hisey, the Director of Records for the P&Y club. “This is a testimony to the effectiveness of the North American Wildlife Conservation model and proof that the good old days of bowhunting are now.”

The National Convention will be held in Phoenix, Arizona, April 15-18, 2015. This ram, plus some of the best trophies taken from the previous two years will be on display.