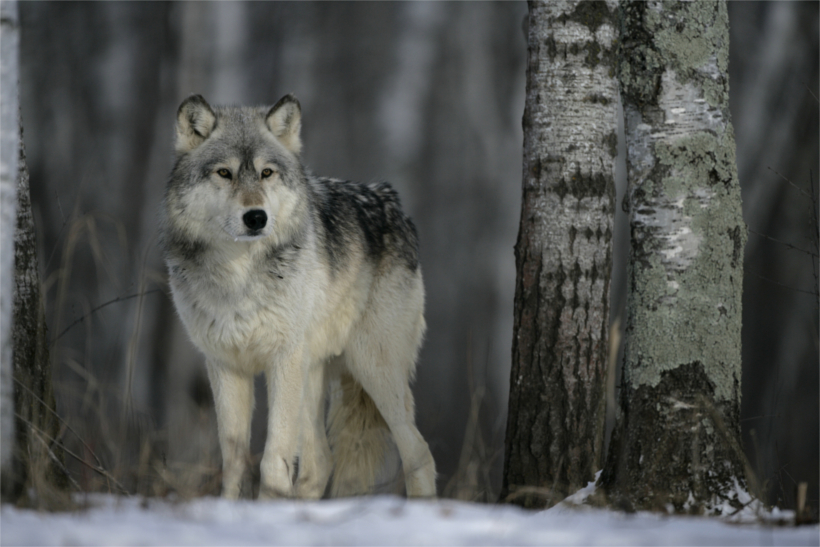 Wolves within the Great Lakes states have recovered and no longer require federal protection thanks to a successful wolf management program – at least that’s what 26 scientists are saying in a letter addressed to the U.S. Interior Secretary Sally Jewell and U.S. Fish and Wildlife Service (FWS) Director Dan Ashe that was sent on Nov. 18. The letter requests the removal of federal protections for the wolves in Wisconsin, Minnesota and Michigan; in its place, the states would take over complete management of the thriving packs.

According to the Ashland Daily Press, the letter notes that refusing to delist the wolves within these states would be “counterproductive to wolf conservation….if delisting does not happen once science-based recovery has been achieved.”
The letter is in direct response to a federal judge’s decision to put wolves back under federal protections last December despite continued evidence that wolf numbers are steadily increasing. As goHUNT previously reported, the number of wolves within Wisconsin alone hit an all-time high of 815 in 2012 and the 2014-2015 survey conducted by the Wisconsin Department of Natural Resources (WDNR) tallied between 746 and 771 wolves.

Adrian Wydeven, the former state WDNR wolf biologist and Timber Wolf Alliance Coordinator, told Wisconsin Public Radio (WPR) that an appeal is necessary, adding that the group responsible for the letter “Just wanted to let them know that many of us feel wolves have recovered and they should be a state-managed species at this point.”

Yet those in favor of the continuation of federal protections for the predators say that the scientists who sent the letter are in the slim minority. Melissa Tedrowe, Wisconsin state director for the Humane Society of the U.S., told WPR that, “The best available science indicates that the gray wolf occupies a mere fraction of its historic range. We’re going to do all we can to keep them on that list and keep them protected."

While a bill has been introduced to remove the wolves’ protection status within the Great Lakes region and Wyoming and the FWS has appealed prior rulings in favor of the wolves, including the December 2014 decision, the issue remains influx as federal officials review the appeals. According to WPR, decisions are not expected until later next year.