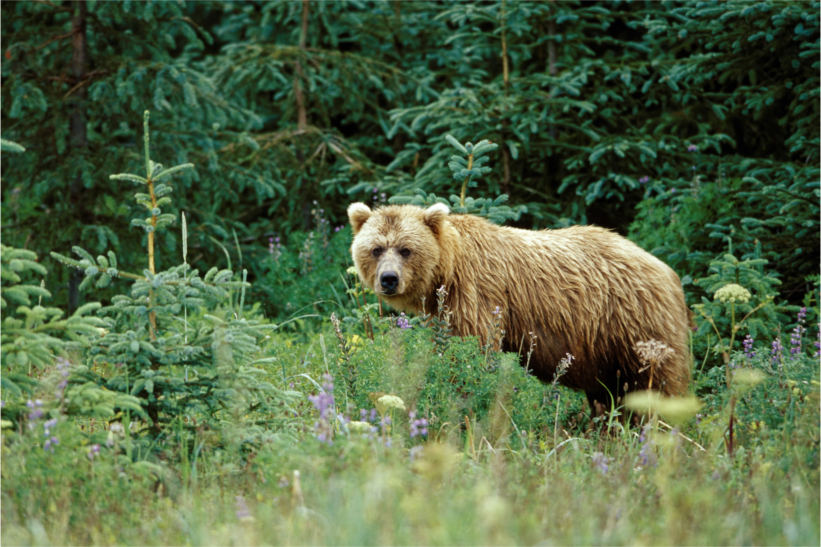 Last year, 75% of the brown bears harvested in the Chilkat Valley in Alaska were female. Some say this is because it’s difficult to decipher male from female, especially in the fall. Others are pointing fingers at nonresident hunters and their hired guides who allow paid customers to take sows because it’s not considered illegal. Regardless of the reasons behind this imbalance between the male and female bear harvest rates, the Alaska Department of Fish and Game (ADFG) biologists want to get the kill rate of female bears below 40%.

“Brown bears have slow reproduction, their cubs have low survival, so this has us – it’s definitely getting our attention,” says Carl Koch, an ADFG biologist. “At this point we’re concerned and we’re paying close attention to it.”

While the state does not count bears using aerial surveys, Koch estimates that there are roughly 350 bears within the Chilkat Valley. He addressed the increased female brown bear harvest issue with the Upper Lynn Canal Fish and Game Advisory Committee last week, stating that 54% of the bears taken by nonresidents between 2010 and 2014 were sows. State law requires nonresident hunters to hire guides to legally harvest brown bears in the Chilkat Valley, Unit 1D, according to KNHS.org. Because hunters pay for these hunts, many opt to shoot large sows after eight or more days in the field, ready to harvest their trophy.

But the guides say that they are powerless because it’s legal to kill a sow without cubs within the state. Larry Benda, who has been guiding hunts for 20 years, says, “[A client] can tell me, ‘you know what, we are on day number eight of 12-day hunt and I want to kill bear. We see a couple males, well I was waiting, I was hoping I would see bigger one but I don’t see one and I worry I will not harvest bear, I will kill that female.’ And I can’t stop him.”

Al Gilliam, another longtime hunting guide, agrees with Benda. He says, “I end up getting hunters here that have been in other parts of the state. And they’ve spent huge amounts of money on a brown bear hunt. And then they come here and they say ‘I want to shoot the first legal bear I see.’ And I hear that and it makes my stomach crawl. Because I’m afraid they’re gonna shoot a sow and there’s literally nothing I can do to prevent that.”

While bear populations may not be in enough jeopardy to warrant new regulations surrounding whether or not sows may be harvested, biologists plan to monitor the spring bear season, which closes May 31. Should sow kill numbers be high, Koch says that the department will need to take action to curb this type of hunting.