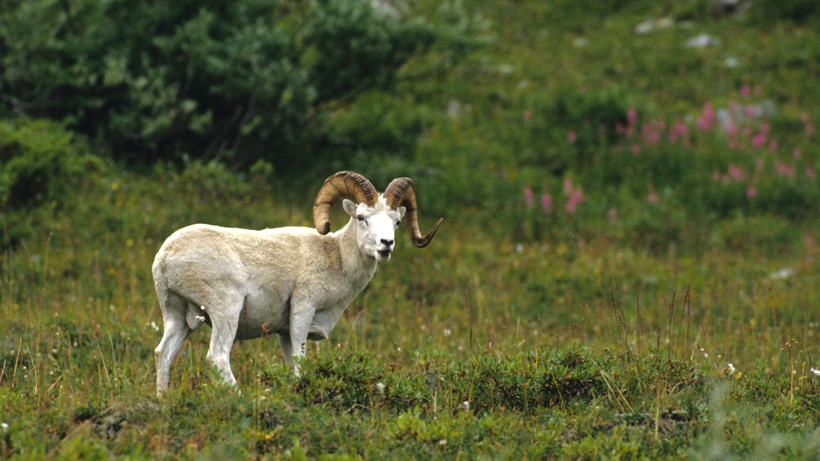 Didn’t matter. It didn’t matter that biologists from the Alaska Department of Fish and Game (ADFG) did not support the motion and that the opposition agreed that the full curl requirements would allow the Dall sheep population to recover.

This comes on the heels of a March 30 closure of portions of Units 23 and 26A – the Kotzebue area caribou and moose hunt – to non-federally qualified hunters against (again) the recommendation of the ADFG.

In 1980, Congress passed ANILCA, which allows rural residents to have a louder say in the management of resources needed for subsistence.

Years ago, to address concerns over the deer population on Prince of Wales Island (Unit 2) the board:

I don’t really have a problem with this. I grew up in Klawock (the second largest community on Prince of Wales) and I understand the needs of rural residents and the hardships of living that lifestyle.

There has been debate recently among residents about the health of the deer population so a good faith reduction rather than all-out closure seemed reasonable. Some maintain the population has suffered thanks to degradation of habitat, a few bad winters, hunting pressure and predation from black bear and especially wolves. The reduction in bag limit for big city folk like me (I live in Ketchikan, population 10,000 give or take a couple hundred but not considered rural) seems like a reasonable way to address one element in the complex answer to what might be happening to the deer. So in the same way that truck drivers shouldn’t just “learn to code” rural residents shouldn’t just find a new place to live.

However, it is difficult not to see the two closures passed by the Federal Subsistence Board this year as an opportunity to discriminate against non-locals. Recently, non-federally qualified hunters only accounted for 2-7% of the annual caribou take while residents have a five caribou per day bag limit and an 8.5-month season for cows.

When I testified against that proposal, I listened as locals claimed many non-locals were simply trophy hunters who were looking to give away the meat so they could save money on the flight home. That may be completely true, but how many tried to off load the meat? Did the greedy outsider just hunting for antlers apply to everyone who flew into Kotzebue? Of course not, but it doesn’t really matter because that emotional testimony was enough for the board to vote for the closure, essentially establishing a private hunting preserve for locals. Again, I am all for locals having first crack, but a complete closure, even to Alaska residents like myself, seems unfair, not to mention unsubstantiated.

The galley is packed with hunters and anglers from the Lower 48, telling and retelling stories of their week catching fish and shooting bears.

I know the procedure. I got on the ferry early, went right back to the galley, ordered breakfast and a coffee and started sipping while I waited. Those who went to the forward lounge, dropped off their stuff to save their seats (ignoring the sign that reads: Please be courteous to your fellow passengers. Seats should not be “saved.”) are now in a long line that snakes through the galley tables. I finished breakfast and managed to find a seat in the forward lounge across from an Elder. She was talking to a friend.

“It’s amazing how many people are buying property on the island. And they bring their prejudices and their big-city snottiness…we went out to eat and we couldn’t believe how loud and rude they were.”

So it goes between locals and non-locals.

My parents moved the family to Klawock when I was five, so I have seen how Klawock and other communities have attempted to balance sustainable growth while preserving the pace of life that keeps them there. “Oh, you’re big city Ketchikan now” friends and Elders joke. I smile.

Ketchikan has forfeited its right to qualify as a small town and POW locals often refer to Ketchikan with the same big-city disdain they might use for urban settings down south.

All anyone has to do is walk downtown on a four-cruise-ship day to see what fuels Ketchikan’s economic engine, but tourism is just the latest economic iteration. Over the last century, it’s been mining, fishing, and was logging until the mid-1990s when the pulp mill closed, ensnaring some residents in generational poverty as a result of an inability to pivot, as others did, to some entrepreneurial endeavor. Now it’s tourism. Everything from charter fishing and hunt outfitting to cruise ships and summer rentals.

Things still crawl on Prince of Wales. Trucks slow to a stop in the street for a brief chat. Approaching traffic does not honk, it slows and waits, then is greeted with a wave from the passing vehicle that temporarily held up their day.

Places like Coffman Cove, Naukati, and Thorne Bay had to adjust to a less timber-dependent future or be wiped out when the logging industry slowed to a crawl. Growth was steady, but that’s changed. Prince of Wales is on the map and the property and housing markets have boomed, in many cases, far beyond what a local can afford. Many residents of Southeast welcome the economic opportunities presented by a booming summer rental/eco tours/charter fishing industry. But they’d also like to afford land or a home. This is not just locals vs. non-locals at the good hunting spots. The crawl is becoming faster and as the number of non-locals buy summer properties, the distrust of loud-mouthed, non-locals who feel entitled to take, take, take because they could afford it, grows.

And it isn’t a simple matter of locals needing to get over it. One only needs to look at that decision by the Federal Subsistence Board to close 11,300 square miles of Unit 23 and 26A for caribou and 32,300 of Unit 23 for moose to non-federally qualified hunters, ignoring recommendations from state biologists. While entrepreneurs and chambers of commerce welcome the influx of tax dollars and opportunity, many rural residents cast outsiders as not just rude visitors, but as a threat to a way of life.

Sure, people have a right to travel, hunt, and buy/sell land as they choose. It’s the attitude with which people do that, that is the problem. In the same way that it only takes one bad shot, angle, word or phrase to spark negative comments from fellow hunters on YouTube or social media about a film, podcast or post, it takes less than that to motivate distrusting residents to action.

Local testimony is peppered with comments about rich people from down south coming up and “giving away meat so they can save money on their flight home with their trophy heads.”

It might not be true, but it sure is a convenient argument, and who do you think the federal government will side with?

It’s not difficult to imagine a time in which anecdotal testimony and or – God forbid – actual recommendations from biologists close the door further on hunting opportunities. It might not matter to the person who already made the trip of a lifetime, but for future generations of Lower 48 hunters who want their dreams to come true, how we present and conduct ourselves will be incredibly important going forward. It is impossible to satisfy everyone, and certainly, locals everywhere will blame outsiders regardless of fact. But as movements against hunting continue to be powered and funded with a disregard to fact and science, it’s something we as hunters need to at least consider. 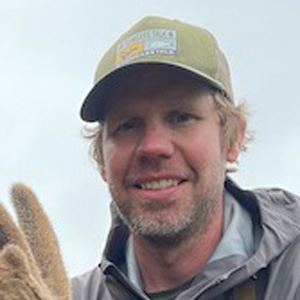