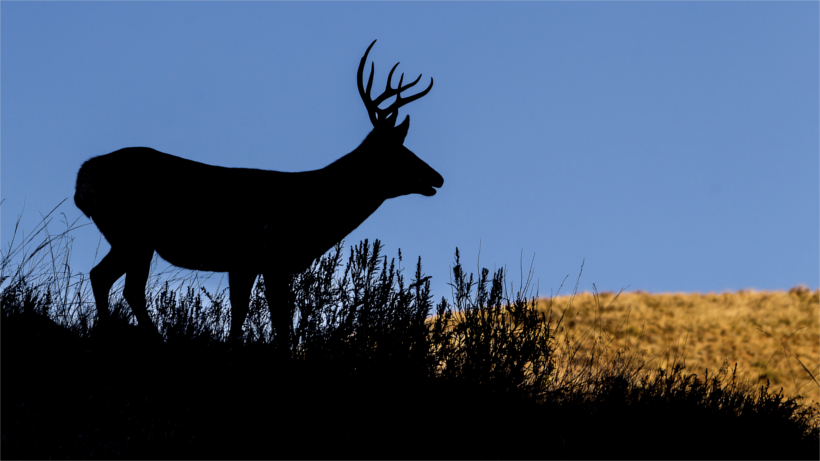 Wyoming Game and Fish Department (WGFD) officials are worried. A dead mule deer doe found last month near the Pinedale Airport recently tested positive for chronic wasting disease (CWD), leading WGFD to believe that the fatal disease is spreading. Even worse, they fear that the CWD may reach as far north as the Jackson Hole area – a region where Wyoming elk winter and state-managed supplemental feedgrounds are available.

According to the Casper Star Tribune, the disease has already been confirmed in Star Valley, near Dubois and Green River; this is the first case located this far north in the basin. Because the Jackson Hole area is still uninfected by the disease, WGFD is carefully monitoring the area and supplemental feeding projects will be reevaluated should the disease appear.

“Game and Fish has put a priority on increasing surveillance in Sublette, Lincoln and Teton Counties on deer, elk and moose so we can better understand the distribution of CWD there and continue to implement efforts outlined in the CWD Management Plan,” WGFD Deputy Division Chief Scott Edberg told the Casper Star Tribune. “This winter has had the most intense post-hunting season monitoring we have conducted for CWD in western Wyoming to date.”

CWD is always fatal, though it can take over a year for a deer, elk or moose to succumb to the disease. Because the disease is a “mutated protein that can live in soils,” once it appears in an area, it is impossible to get rid of it, according to the Casper Star Tribune.

“Finding this positive deer is very unfortunate and concerning,” Edberg told the Casper Star Tribune. “It does let us know that the added surveillance has yielded valuable information. We will continue our increased level of monitoring in and around the new CWD positive area, including testing and removal of any animals showing clinical symptoms of CWD or animals we find dead that are suitable for testing.”