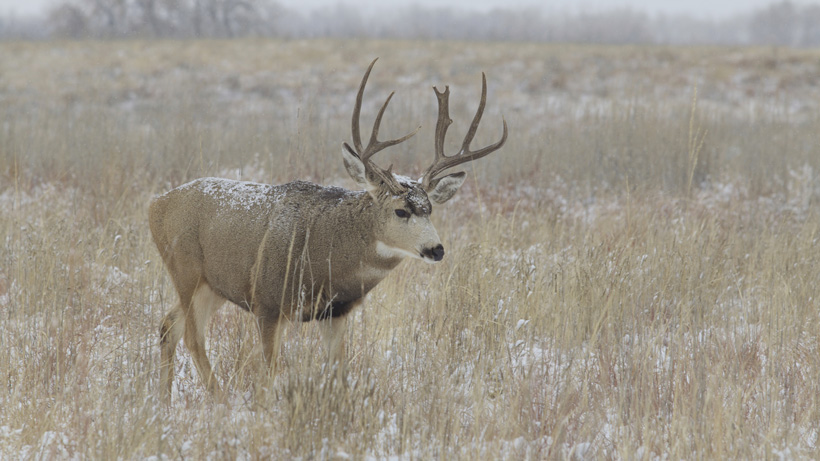 Chronic wasting disease (CWD) seems to have infiltrated Montana. This week, officials have ordered a second sample from another mule deer that may be infected by the disease. The first sample from the deer harvested in hunting district 510 was found to be “suspect” for CWD, resulting in another test to confirm whether or not it has CWD, according to Montana Fish, Wildlife and Parks (MFWP).

This is the second mule deer in the state to be considered “suspect.”

While MFWP waits for the results from the lab at Colorado State University (expected next week), an incident command team has already been assembled by MFWP director Martha Williams. The team will be led by MFWP Region 5 supervisor Barb Beck. As goHUNT previously reported, the team’s purpose is to “define an initial response area” around where the infected mule deer was harvested and decide whether a special CWD hunt is needed to obtain samples for testing. The samples are used to “determine disease prevalence and distribution,” according to MFWP.  CWD can only be confirmed in samples from dead animals, hence the special hunt.

The second “suspect” mule deer was harvested on public land. MFWP has informed the hunter, who submitted the sample.

As previously reported, an ongoing study led by Health Canada has discovered that “CWD has the potential to infect humans,” EnviroNews reports. Led by Dr. Stefanie Czub, head of the virology section at the Canadian Food Inspection Agency (CFIA), the study is using cynomolgus macaques: primates that are closest to humans and approved for medical research. An advisory dated April 26, 2017 states: “These findings suggest that CWD, under specific experimental conditions, has the potential to cross the human species barrier, including by enteral [oral] feeding of CWD infected muscle.”

Prior to this discovery, it was thought that CWD could only infect cervids. However, while there are no confirmed cases of CWD in humans, the Center for Disease Control strongly recommended that people not eat any infected meat. This ongoing study further solidifies the need to leave CWD-infected meat alone.