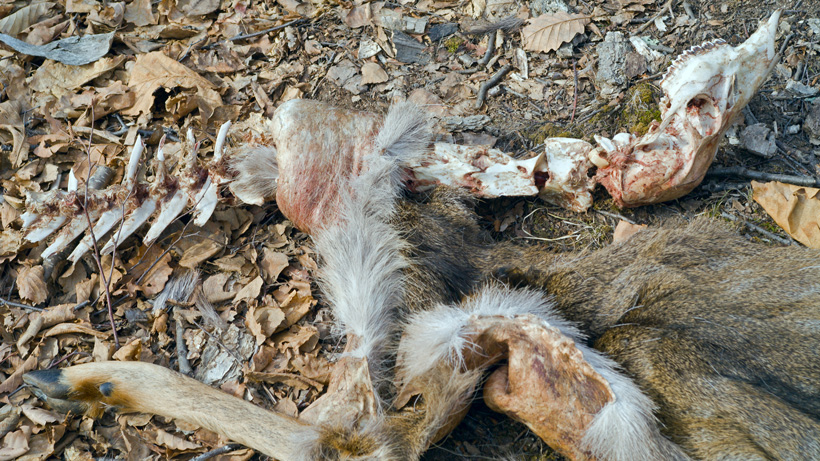 The Pennsylvania Game Commission (PGC) confirmed the presence of chronic wasting disease (CWD) in Clearfield County, Pennsylvania last week after a Bell Township buck was shot by a PGC officer on June 7; the buck was removed from the herd because it showed signs of the disease. While captive deer in Jefferson County tested positive for CWD in 2014, this is the first time that CWD has infected wild deer.

“We’ve got a big problem. The threat is real. The situation is potentially dire,” says Wayne Laroche, the PGC wildlife-management director, adding that “it’s highly likely that means other wild deer are infected.”

According to Lancaster Online, Clearfield County is “the heart of Pennsylvania’s traditional hunting territory,” which is a $1.6 billion industry; the infected deer was discovered only 10 miles from one of the state’s renowned elk herds. Wildlife officials are concerned that the deadly disease could potentially spread to elk, causing devastation not only to wild herds, but also to hunters and the state’s economy. Fortunately, with over 100 elk tested annually for CWD, so far none have tested positive, Lancaster Online reports.

The PCG has issued 2,800 deer permits to kill deer within the 350-square-mile Disease Management Area 3 this fall; sharpshooters will eradicate other deer that hunters miss. Additionally, another 2,800 Deer Management Assistance Program permits will be released for hunters aimed at removing antlerless deer within the targeted area.

“It’s important our response is as effective and efficient as possible to attempt to curtail this disease before it becomes well-established in an area where it not only is a threat to our deer, but also our elk,” says Laroche.

If you kill a deer, please let the PGC know where it was killed so the deer can be tested for CWD.