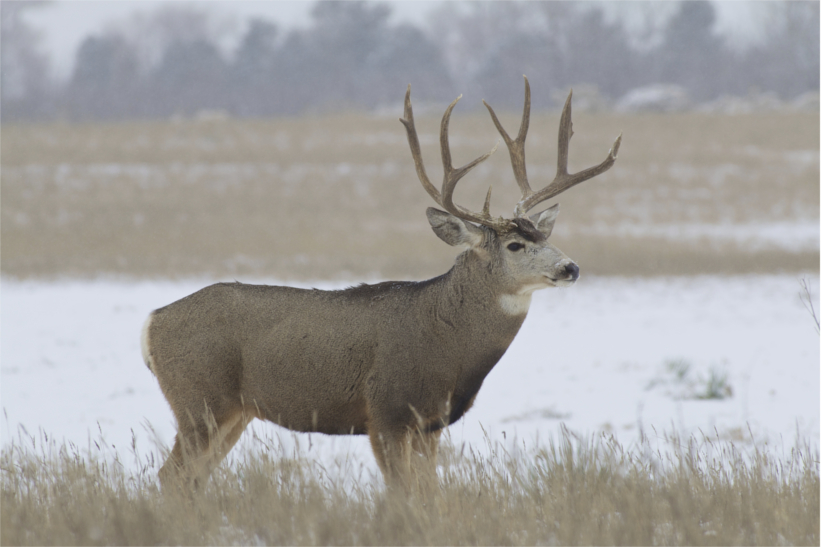 Chronic Wasting Disease (CWD) has been discovered west of the continental divide, causing Wyoming officials to worry that the disease is spreading further and further. While Wyoming Game and Fish Department (WGFD) researchers have continuously sampled and monitored over 2,400 mule deer since 2003 in an effort to track the disease, newly infected – and dead – mule deer in hunt areas 145, 111 and 113 are troubling.

“Seeing a deer test positive for CWD west of the continental divide again is concerning,” says Scott Edberg, Deputy Chief of the Wildlife Division. “We have tested thousands of deer, elk and moose in this area and have not seen a positive for many years. Game and Fish will look closely at this case to see if we can gain additional information and will continue to monitor aggressively in the area.”

It’s not the first time CWD has been found west of the continental divide. In 2008, a moose tested position for CWD in Star Valley and three mule deer tested positive in Green River in 2012. Regardless, the recent discovery of an infected dead doe mule deer found near Thayne – and two other doe mule deer found near Cody and Wapiti – shows that continued vigilance and management are needed to contain this deadly disease. 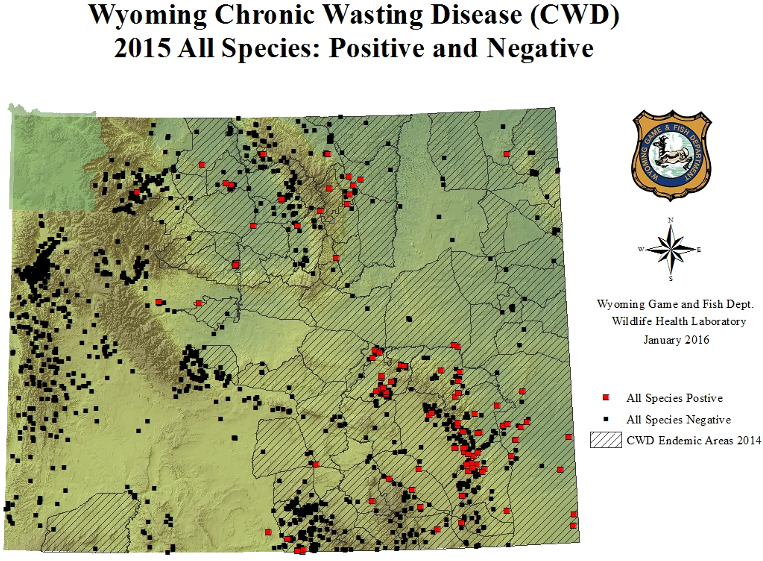 According to the WGFD’s website, the tests are part of an updated CWD management strategy with the Commission directing “efforts to further manage the fatal disease.” Anyone who finds an infected deer should report it immediately to WGFD officials.

“Game and Fish is always concerned about seeing CWD spread. We have a very active monitoring program and finding these infected deer shows the program is effective. The challenge now is to build on work to slow the transmission of CWD,” says Edberg. “Game and Fish is moving ahead with developing strategies for building on CWD management, surveillance, and research.”