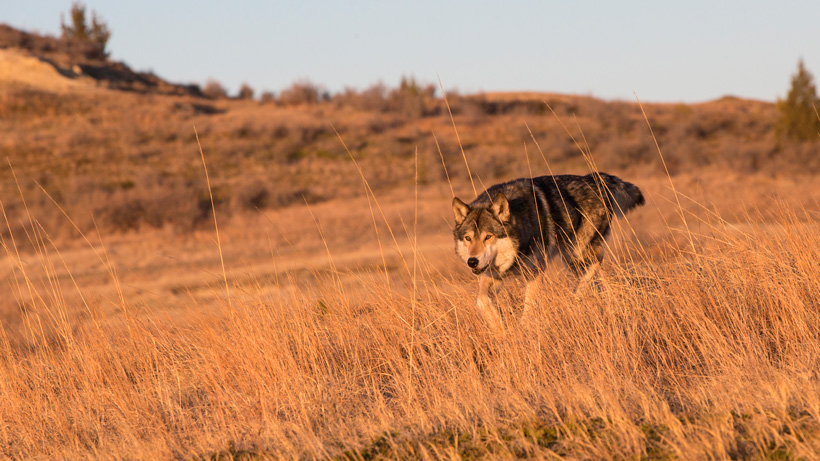 Wild burros are coming to the rescue of a Colorado livestock rancher. This month, Colorado Parks and Wildlife (CPW) delivered six wild burros to Don Gittleson in Walden in an effort to decrease livestock depredation on his property.

“The idea is to make the burros become a part of the cattle herd to where they will start to protect or consider the cattle as a member of its family,” said CPW Wildlife Officer Zach Weaver. “Don will start to introduce the burros to certain members of the herd in small increments.

"He has put the burros out with a small group of calves on his ranch. They’re still in a corral with access to heat, but he’s beginning to acclimate them … Don is monitoring the animals. He’s paying attention to how much they’re going inside to warm up. They’ll gain more hair as they need it.”

According to CPW, the cattle rancher had three separate depredation incidents in December and January linked to wolves. While there are other hazing methods like fladry and noisemakers, the Animal and Plant Health Inspection Service (APHIS) suggested using wild burros as another nonlethal tactic.

“APHIS told us that burros were effective at stopping predation in Oregon,” said Weaver. “We learned that wild burros are more effective because they’ve been in the wild where they’ve had to defend themselves and their herd from predation from animals like mountain lions and coyotes.”

The burros were carefully selected for their new mission, arriving in Utah from the “high country” in Nevada, which was a factor Weaver knew was necessary for the burros to succeed.

“We didn’t want to bring an animal that had been at low elevation, say like southern California, where they had not been in negative temperatures or seen snow,” said Weaver. “Don [Gittleson] and I wanted animals that had been at a higher elevation so they were acclimated and had developed hair for the cold. You’re talking 5,000 feet there as opposed to 8,000 at our lowest. We also wanted mature animals that had been on the landscape and would know how to defend themselves.”

Whether this becomes a regular means of hazing wolves in Colorado is yet to be determined. CPW plans on monitoring Gittleson’s ranch and gathering feedback as the cattle rancher is essentially the burro-wolf pilot program.