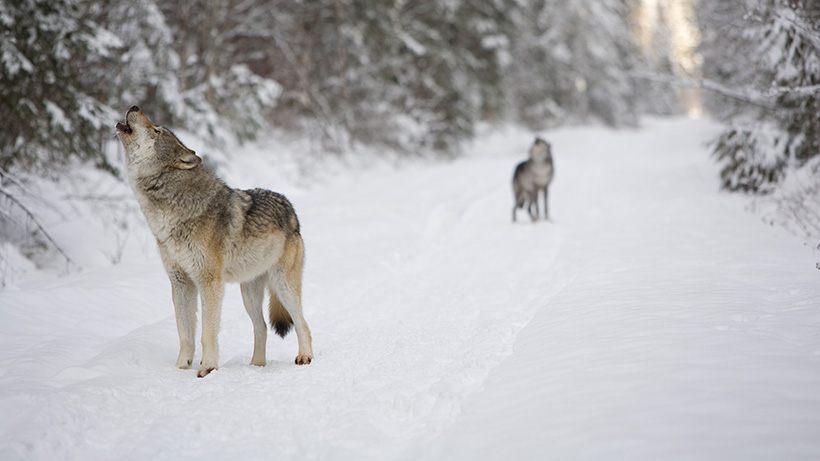 When wolves return to Colorado, they will be reestablished in two specific areas chosen by Colorado Parks and Wildlife (CPW). One of them is the Gunnison area that stretches between Monarch Pass and Montrose along Highway 50. The other is along the I-70 corridor between Glenwood Springs and Vail, extending into the Roaring Fork Valley, according to the Crested Butte News.

The news will likely bring criticism among those impacted by the decision and, in fact, the Gunnison Stockgrowers Association is expected to meet and “take a position” before the public hearing for the draft Colorado Wolf Restoration and Management Plan held on Jan. 25.

As GOHUNT previously reported, Colorado plans to reintroduce at least 50 wolves to the state over the next five years. This is due to a voter-approved measure that requires the state to return gray wolves to the West Slope before 2024. Gunnison will be “ground zero” for the initial wolf release because of it meets specific “geographic criteria determined to be best for the wolves.”

“Habitat-wise the two primary release areas meet the needed criteria to reintroduce wolves in Colorado,” said Gunnison County Commissioner Jonathan Houck. “We can’t dictate where appropriate habitat is, we just happen to be in the center of what is good country to reintroduce wolves.

“I wanted to make sure the compensation for ranching issues were adequate and also ensure that not just the ranching interests, but sportsmen were represented in the process,” said Houck. “Given this is a draft, I’ll be curious to see the statewide reaction as well as how people in our community feel about it.”

Out of those who voted, 57% supported the wolf reintroduction effort.

CPW is collecting public comments on the draft plan online here or at several public meetings until Feb. 22.