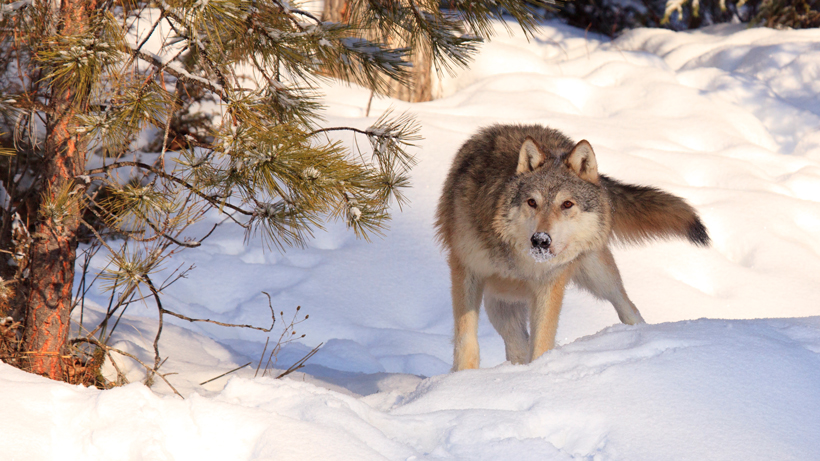 With wolf reintroduction on the horizon, Colorado Parks and Wildlife (CPW) is in the middle of holding education sessions to inform and prepare residents. The agency recently held its second of three scheduled sessions. This one focused on how other states have managed livestock conflicts when wolves are released into the area and featured Ed Bangs who was the U.S. Fish and Wildlife Service’s gray wolf recovery coordinator for the Northwest U.S. from 1988 to 2011, according to the Steamboat Pilot & Today.

“Wildlife reintroductions are a dime a dozen. You can’t hardly think of an animal that hasn’t been reintroduced,” said Bangs. “Doing it with wolves is novel only because people get excited about it.”

As goHUNT previously reported, Colorado voters decided that wolves needed to return to the state, marking the first time voters had a say in wildlife management. Based upon this decision, CPW must reintroduce wolves by the end of 2023 – a species that Bangs says is “more about managing how people view them, as the species itself isn’t that difficult to manage.”

For this educational session, Bangs discussed the conflicts that can occur between livestock and wolves since wolves rely on animals like livestock and other large ungulates for food.

“It is pretty easy to downplay wolf predation if it is not your livestock being killed, but it is a very big issue and something that you really need to pay attention to,” said Bangs, pointing out that there are compensation programs for those inflicted by wolf depredation and that about 10% of the wolf population in the Northern Rockies is killed each year to keep livestock conflicts in check.

During the meeting, other state strategies were discussed. For example, according to the Steamboat Pilot & Today, Wyoming’s compensation program covers not only livestock killed by wolves, but also those that go missing. Mike Jimenez, a wolf biologist, said that the state carefully eliminates problem wolves “to reverse the trend in livestock predation.”

“It was simply because of us focusing and lethally removing wolves that were chronically causing problems,” said Jimenez.

Bangs noted that Colorado will need to establish its own state regulations when it comes to wolves prior to their reintroduction in order to have a “checks and balances” system in place. The state will also need to gain public support.

“You really need the public on both sides of the issue to trust you are giving it a fair shot,” said Bangs.