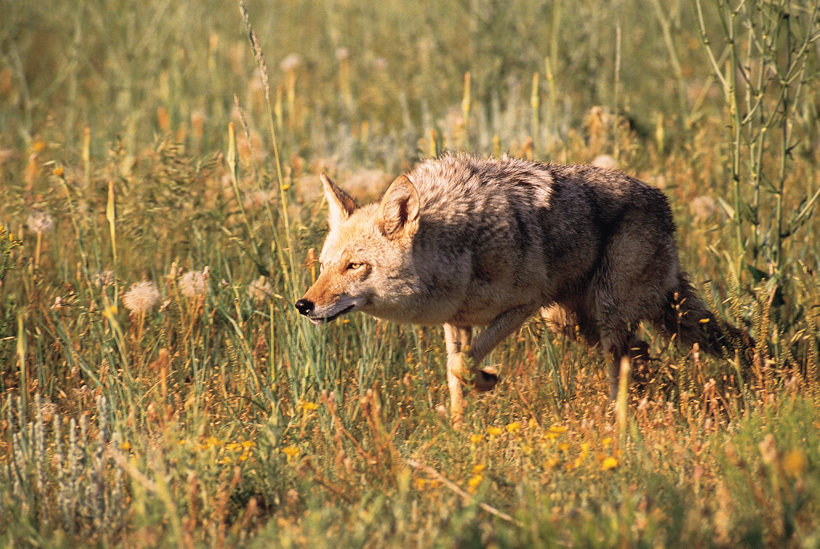 A recent petition has reignited the debate over coyote contests in Nevada. In a proposal that is scheduled for discussion this March, Nevada Board of Wildlife Commissioners will look at the possibility of outlawing bounty contests that award cash or other prizes for killing coyotes.

Nevada is not alone in deciding whether to ban these sorts of activities. New Mexico is also currently considering similar actions and California was recently the first state to ban coyote hunting contests outright.

Advocates insist that coyote contests are inhumane and unnecessary while those in favor of them argue that these contests are a legally protected sport that helps keep the plentiful predators in check and away from livestock and neighborhoods.

"Coyotes are moving out of the wild and into town," says Jason Schroeder, an organizer of coyote contests. "Coyotes are biting people right now. They are attacking people's animals."

But not everyone agrees. "Somebody has to do something. These contests are outrageous," says Don Molde of Nevadans for Responsible Wildlife Management. "It is the willful killing of wildlife just for the fun of it. It's just not right."

Molde began the petition after a “coyote calling contest” incident sparked national media attention though organizers of the North Valleys contest say that no more than ten coyotes were killed. Coyote calling contests use devices that mimic the howls and yips of coyotes or the sounds of prey animals like rabbits or rodents in order to lure the animals. Prizes are awarded based on the number of coyotes killed.

While many may view an overpopulation of coyotes as problematic, not everyone agrees that these killing contests are the best way to solve the problem. In fact, adding more fuel to the fire by continuing to hold these types of contests may only make the issue worse.

"Like dogfighting and cockfighting, killing contests are an archaic tradition that really should be left to the history books," says Camille Fox, executive director of Project Coyote, the organization that successfully petitioned the California Fish and Game Commission to ban coyote hunting contests. "We're increasingly seeing a backlash against these contests. I do think the American public is fairly outraged by this practice."

The proposed ban on coyote hunts will likely face opposition within Nevada as coyote numbers continue to thrive despite coyote hunts and other methods of keeping the coyote population in check. Petitioners acknowledge that their proposal may fail, but will at least get those within the state possibly looking for other viable solutions to the overpopulation problem.