Could the solution to CWD be in the soil? 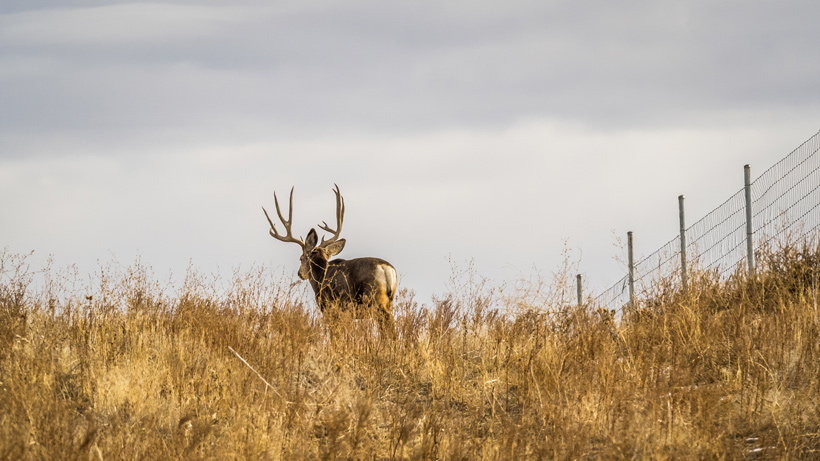 Chronic wasting disease (CWD) has plagued deer, elk and moose across the West, resulting in mandatory CWD testing in specific regions where confirmed infection has been found. However, a new study published in PLOS Pathogens recently discovered that humic acid, which is found in rich humus soil, could be the key to stopping the spread of CWD.

The study focused on elk brain tissue. Researchers applied different concentrations of manufactured humic acid “similar to those found in soils” to elk brain tissue and discovered that “chemical signatures of the infection prions were nearly erased,” according to ScienceNews. Higher concentrations of the humic acid decreased CWD-prion infectivity; lower levels did not seem to impact it at all.

“That suggests that the acid somehow degrades the warped protein, making it less infectious,” Judd Aiken, a prion disease researcher at the University of Alberta in Edmonton, Canada and one of the authors of the study, told ScienceNews.

CWD is transmitted through the feces, urine or saliva of infected animals. Diseased animals that die and, eventually, decay also contribute to the CWD-prion-contaminated areas. Because the proteins “eventually seep into soils,” deer, elk and moose that graze in these areas become infected, according to ScienceNews.

Bryan Richards, a wildlife biologist with the U.S. Geological Survey’s National Wildlife Health Center in Madison, Wisconsin, concurred with the findings of the study and told ScienceNews that “Previous studies have shown that soil mineralogy can influence the spread of prions.”

During the study, researchers conducted multiple tests on elk brain tissue and determined that in order for the CWD-prion infectivity to decrease significantly (as much as 95%), they needed a higher amount of the humic acid. When they used naturally derived humic acid obtained from western Canada, they found a “similar decrease in prion signatures” that was already found in the commercially produced humic acid.

What does this mean? Not only does it give scientists an idea of how to limit the spread of CWD, the information could also be used “to map which geographic areas elevate or inhibit prion transmission based on the levels of humic acid in the soil,” according to Shannon Bartelt-Hunt, an environmental engineer at the University of Nebraska-Lincoln.

“The next step,” said Bartelt-Hunt, “might be to test the effects of humic acid on prion-contaminated soil samples to see if prions can be eradicated in the environment.”