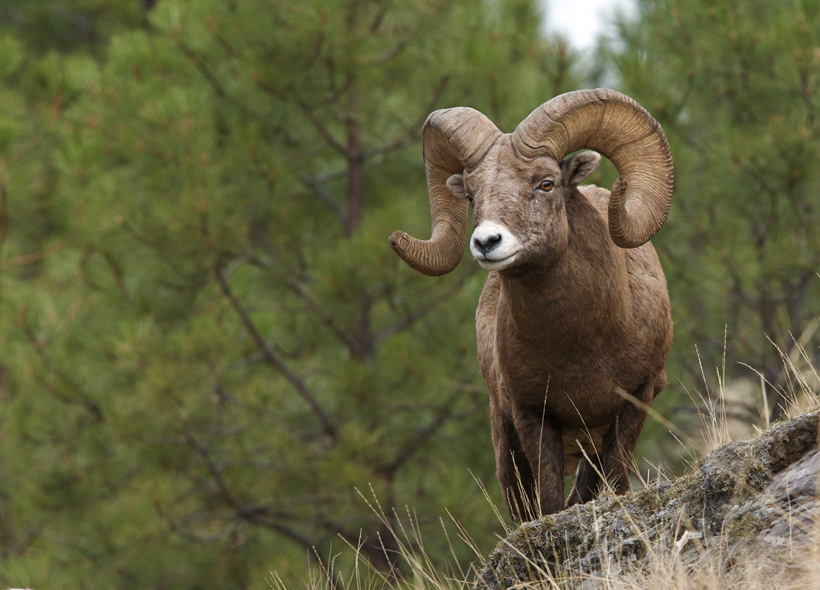 Bighorn sheep are at risk – and it is primarily due to close encounters with domestic sheep and the diseases that domestic sheep carry. While many herds have experienced significant die-offs because of these domestic diseases, a recent decision by a federal judge refused to stop the U.S. Forest Service from allowing domestic sheep to graze on 8,000 acres of public land within the national forest.

According to the Courthouse News Service, U.S. District Judge Brian Morris denied the Gallatin Wildlife Association’s (GWA) request for preliminary injunction to protect bighorn sheep within the Cottonwood and Fossil-Hellroaring in the southwestern Gravelly Mountains, which is in Montana’s Beaverhead Deerlodge National Forest. The request would protect bighorns from close contact with nearby grazing domestic sheep. As goHUNT has previously reported, bighorn sheep herds have been greatly impacted by interaction with its domestic counterpart.

"The presence of domestic sheep make habitat unsuitable for bighorn," says Glenn Hockett, president of GWA.  "The revised forest plan doesn't address the issue of commingling occurring between domestic and bighorn sheep that, according to studies, presents the potential for the spread of disease such as pneumonia and other respiratory diseases."
The Deerlodge National Forest is part of the Greater Yellowstone ecosystem and spreads across millions of acres in northern Wyoming, western Montana, and eastern Idaho before stretching into Canada and the Yukon.

GWA argued that the decision to allow domestic sheep to continue to graze not only affects the dwindling and somewhat precarious bighorn sheep herds, but also threatens grizzly bears who call the area home. GWA says that both the U.S. Forest Service as well as U.S. Fish and Wildlife Service have violated the National Environmental Policy Act and the Endangered Species Act by issuing the grazing permits, according to the Courthouse News Service.

Yet Judge Morris reached his decision after he discovered that the domestic sheep have been grazing in the Gravelly area for the past 150 years and Montana Fish, Wildlife and Parks Service only introduced bighorns 12 years ago. Removing the domestic sheep would not repair the current threat to bighorn sheep and grizzly bears.

“This position suggests that the harm caused during the past 150 years of grazing would not be irreparable. Gallatin fails to explain how this historical grazing apparently has not caused irreparable harm, yet allowing grazing to occur during the 2015 grazing season would cause irreparable harm,” wrote Judge Morris in the July 24 memorandum and order.
Regardless, some believe that it is only a matter of time until the repercussions of this decision reverberate through the bighorn sheep community.